Burning Platforms: Urgency Often Makes Us Do Something to Make Things Worse 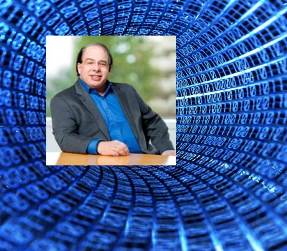 There is an old joke about three men stranded on a desert island. One man finds a bottle and rubs it on his shirt, releasing a Genie who grants each of the men one wish, but they must decide before the sun goes down. As the sun begins to set, the first man states that although the island is beautiful, and they have plenty to eat and drink, he is sure his family will miss him. He wishes to be back home and disappears instantly. The sun is now just at the horizon when the second man concedes that the island is beautiful, but he has important work to finish. He wishes to be back home and disappears instantly. The third man, who had been thinking as hard as he could for something to wish for, admits to the Genie that he doesn’t have much to go back to at home. He has no family, and doesn’t like his job. The Genie reminds him that he must choose quickly or lose his wish forever. The sun now shines only a few glimmers of light above the horizon. Frantic to choose, the man realizes that he is now alone on the beautiful island. “If only I had someone to share this with,” he muses, “someone to grow old with…” The Genie begins to count backwards from 10, indicating the amount of time left for a wish. Suddenly, the man blurts out in frustration: “I wish… that those other two guys were back here to keep me company.”

This very bad joke is sadly reminiscent of many real-life situations where we rush headlong into bad decisions because of a real or perceived deadline. We fail to understand the implications of our decisions or even to understand when we should make a decision. These situations, sometimes called Burning Platforms, are tricky. We are compelled to act, but hasty actions often risk making the situation even worse. Increasingly, our intelligent systems are facing these same burning platforms. How can we use data and rational thinking to help us in these situations?

The first step to dealing with Burning Platforms is to detect their emergence and to convene the right group to address the situation early. Urgency often comes about because a problematic situation has gone undetected or unaddressed. Very often, the initial presentation of the problem is only a small manifestation of something much more complex. Consider a customer who calls, irate about an issue with a product or service. We wish to serve the customer, but the issue may be much bigger. Is there a systemic problem? Is this only the first of what will be many such calls? In large, connected systems, automation is increasingly driving efficiency. We are no longer dealing with our customers one at a time, but often by the thousands. The same connectedness that enables unprecedented scale also can cause rapid escalation of the scope of problems if there are not sufficient controls in place to detect anomalies and issues.

Structured data analysis, coupled with advanced AI techniques, can be an excellent approach to detecting mounting issues. Techniques such as anomaly detection, signal analysis, and classification can be used to understand when things are beginning to run abnormally. Typical measures include the character (ranges, signal volume, measures of central tendency, observation of outliers) and quality (clusters of errors, “missingness”) of data.

Unstructured data can also be extremely useful. There is increasing focus in data science on tools that can ingest data such as comments, blogs, and other articulations, and draw inference about trends and topics. Initially, such tools were very limited and easy to confound. Natural Language Processing (NLP) has come a long way. It is now possible to detect clusters of terms with similar meaning and to detect the emergence of new phraseology which may be in use only by subsets of a larger group.

Trends (for example increasing negative sentiment) and topics (clusters of words or phrases which are taken to have semantically similarly meaning), can be extremely helpful in convening the right resources to address a mounting problem. Using NLP and other techniques, such as cognitive approaches which observe the actions of similarly instructed experts, can be extremely helpful in notifying the right groups early, before a situation escalates.

We should not only use our best tools to deliver new products and services, we should use those same tools to help us detect when things might be going awry. The differences between a small anomaly and a system-wide problem are becoming increasingly difficult to detect as processes become more connected and more intelligent.

Opportunity Cost and Decision Elasticity: What if we do nothing? What if we are wrong?

Perhaps the most overlooked element of addressing major risks is the failure to assess the cost of doing nothing. Without the proper tools and processes in place to detect situations early, there is often a rush to “do something.” That rush often generates either a great deal of churn, or a rush to suboptimal interventions that must be addressed in turn. The hidden cost of failing to address the underlying problem continues to mount.

As systems get smarter, they will be increasingly able to self-correct. For example, metadata analysis tools are now able to detect when data ingested into a system is no longer what it was intended to be. Automated cleansing tools have long been able to correct missing or incorrect data values, but these tools are increasingly able to “learn” new rules by observing large corpora of data.

A close cousin to opportunity cost is decision elasticity, or the measurement of how wrong a decision can be before a different action would be taken. Burning Platform situations are often made worse as resources scramble to get more information or to complete increasingly complex analyses. It is extremely helpful to have as part of our discipline the ability to measure how much analysis is required to get to a point where any increasing precision would not change the decision taken.

Imagine you are driving a car on the highway at normal highway speeds when a car up ahead in your lane appears to slow down abruptly to avoid something in the road. Any choice you might make (jam on the brakes, swerve to a different lane) contains risk (burning platform), and every millisecond you fail to act increases the risk of hitting the car in front of you (opportunity cost). In such a situation, a skilled driver will consider everything observable, draw upon previous training and experience, and make a decision to do something. That decision may not be perfect, and it might even involve having a minor accident to avoid a major accident, but the driver will act as soon as there is a good enough decision to do something (decision elasticity). In such a situation, you instinctively know that you will not be able to make a better decision (or even a different one) if you ponder even a fraction of a second longer.

Intelligent systems will increasingly contain logic to manage mounting opportunity cost and, especially where near-real-time decisions are required such as in autonomous devices, to manage decision elasticity, making imperfect decisions with the best available information.

As our systems and processes are forced to deal with increasingly dynamic and imperfect data to make increasingly real-time decisions, new capabilities must emerge to manage hidden aspects of decision making.

Considering how we deal with emergent situations and how to embody our very best responses into increasingly intelligent systems is critical. We are relying more and more on systems that contain logic to choose a course of action. These systems are transitioning from informing us to acting as our agents. We would do well to decide quickly how to make these decisions better. It’s a burning platform.