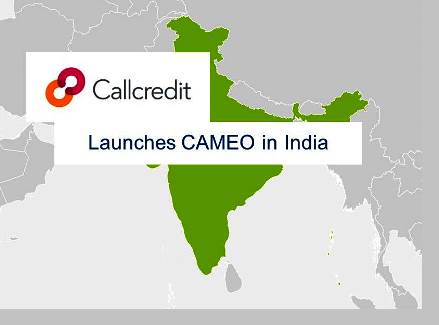 Callcredit Information Group has launched CAMEO India, a new affluence segmentation solution to provide insight on consumers and help businesses to expand or launch into India.

With a population of 1.3 billion people, India is regarded as a key market for global companies and has been tipped to become the 3rd largest consumer market by 2025.  Believed to be a market first, CAMEO India is built at the most granular level of geography available covering 605,789 zones including villages, wards and districts. It provides businesses with four affluence models which show insight into how developed an area is in terms of housing stock quality, access to utilities and services, teleconnectivity and internet availability.

Businesses can also make use of spatial data within the product for activities such as retail location planning to find the optimum location to open any new branches. There is also a complimentary suite of analysis variables in addition to the affluence models, including, presence of children, household size and property tenure.

Companies looking to expand or launch into India will now be able to;

Dan White, Business Development Manager – CAMEO International, Callcredit Information Group said: “CAMEO India is the most recent addition to Callcredit’s CAMEO International product suite and is currently the only one of its kind in the market. India’s economy is the seventh-largest in the world measured by nominal GDP, predicted to grow 7.4 percent in 2018 and is forecast to overtake the UK to become the world’s fifth largest economy in 2018, according to the International Monetary Fund.

“As part of the launch of CAMEO India we undertook some affluence analysis of West Bengal which showed that despite having more households that fall into the lower of the 20 affluence indicator bands, compared to India as a whole it has more households with higher quality internet connection. It is a rural area with a population of 91m comprising of 19m households of which 37.6% fall in the top half of the affluence indicator scale. This insight can be invaluable for a business wanting to understand its potential target market and in helping to increase the effectiveness of future marketing campaigns.”