Can AI Be Used To Fight Crime? 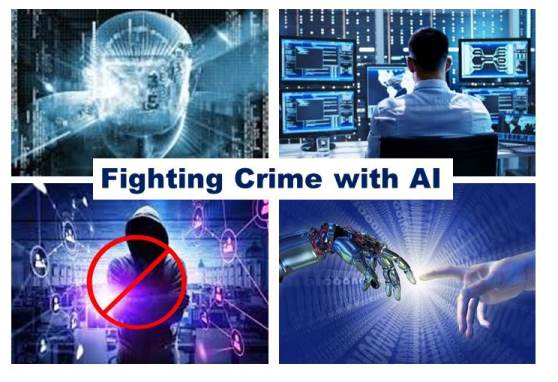 Companies and law enforcement around the globe are experimenting with the use of artificial intelligence (AI) to predict, prevent, and detect crime. The idea behind using AI to fight crime is based on the idea that many types of crime are predictable, it just requires sorting through massive amounts of data to detect a pattern.

The use of artificial intelligence hasn’t quite reached the point where a computer will provide a daily list of the exact time and locations of crimes that will take place during the next 24 hours. However, AI can offer substantial insight into reducing and preventing crime.

Detecting Crime
In recent years, technology has been developed by multiple firms allowing police departments to place both microphones and camera in areas around their city to identify crimes in progress.

ShotSpotter
ShotSpotter uses acoustic sensors and cameras located in specific sites around a city to detect the location of gunfire events. The system, which is currently in use in over 90 cities in the United States and one South African city, can alert authorities in real-time about the types of gunfire and the location, often within 10 feet of the shooting location.

Multiple microphones pick up the sound of gunfire, and the system’s machine learning algorithm triangulates the location of the shot(s) by comparing various bits of data, such as when each sensor detected the shot, the noise level of the shot, and whether an echo was heard.

The system then displays a red circle on a map where the shot was detected, the time of the shot(s), and the number of shots fired. Location coordinates and other pertinent information can be sent to officers. Users can also view video footage from cameras that might be pointed in the direction of the shooting.

Hikvision
Chinese security camera maker Hikvision has created surveillance cameras that use an onboard chip to run deep neural networks right on the camera. This allows scanning for license plate numbers, running facial recognition software to scan for missing persons or criminals, and also the detection of suspicious packages or unattended bags in public areas.

The Hikvision system is currently in use in London in both Hammersmith and Fulham Burroughs. A 2013 case study by the company claims the system has been able to detect and warn police of an estimated 80% of possible threats. The company also claims there was a 65% drop in crime following an installation in Sea Point, South Africa.

Cloud Walk Technology
Cloud Walk Technology is working to predict if an individual will commit a crime before it takes place. The Chinese facial recognition company is using facial recognition and gait analysis to detect unusual movements or suspicious changes in an individual’s actions. For example, a person who is walking back and forth in a particular area may be casing the area for a future burglary or other property-related crime.

Currently, Cloud Walk is working on the technology but hasn’t installed the system in any cities or other areas.

Predpol
Technology developed by big-data firm Predpol attempts to predict the time and location of crimes by analyzing data from past crimes. The system is currently in use in Los Angeles and other U.S. cities.

The firm’s algorithm is based on the belief that certain types of crimes tend to centralize in certain times and areas. For example, in a single area with multiple burglaries in the past, it could be forecasted that more break-ins could take place in the surrounding areas.

The system can display possible hotspots on a map, which would indicate to police heavier patrols might be justified in that area. Tacoma, Washington saw a 22% drop in residential burglaries in the two years following the adoption of the Predpol system.

Intel scientists have worked to modernize the organization’s infrastructure to help it to sort through the over 8.2 million tips that have come into the agency via text, email, phone, and other ways.

The system uses AI to organize and prioritize tips and other information and to display connections between faces, or to flag images submitted to the organization. The system debuted in mid-2017, so, unfortunately, statistics on what type of results the new system have yielded are not available.

In Closing
As you can see, while Artificial intelligence isn’t quite advanced enough to tell police the exact place and time that a crime will take place, AI is sophisticated enough to offer law enforcement the tools it can use to solve previous crimes while also aiding in the prevention of crimes yet to take place.