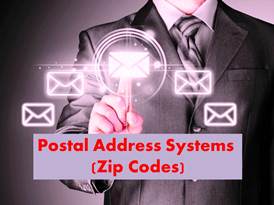 Korea announced the “Launch” of its new Address System nearly one year ago, and the public has had a bit of a challenge getting used to it.  Smaller businesses who deliver to home residences, such as food stalls, have had to remember their customers’ ‘old’ addresses and learn the ‘new’ ones.  This has made business a challenge.

The conversion has been at least a 15 year project, if not more, and involved replacing the addressing system imposed by Japanese occupation authorities in the early part of the last century. In this system an entire block is given a designation number within a neighborhood name; buildings are then numbered consecutively clockwise around the block according to the order of their construction. Thus building 1 on block 34 might have 4 on one side and 15 on the other.  And the buildings on the other side of the street, on block 24, might have the same numbers! The “logic” behind the Japanese system probably lies in the fact that street and house numbering is the responsibility of the local government authorities who are more interested in identifying buildings, and their ownership, than in providing destination mapping, or delivery support.

There were some interesting adaptations in Korea’s switch to the more contemporary street numbering (consecutive building numbers, odd on one side of the street and even on the other). Knowing full well the public, and businesses, wouldn’t switch over to the new address system overnight, the postal sorting machines can recognize both ‘old’ and ‘new’ addresses on envelopes.

If you have a database with Korean addresses, you may find a slow and puzzling increase in change-of-address requests or even duplicate addresses for individuals. This may well be the reason. Having your data hygiene service provider “clean out” the duplicates consisting of the old addresses might prove a worthwhile investment.