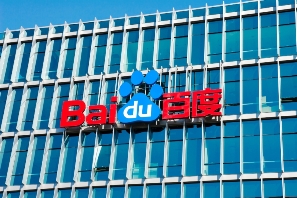 Baidu Inc. has been accused by a Chinese consumer rights protection group of collecting personal information without obtaining users’ permission, the latest instance of the country’s tech giants facing scrutiny over the way they handle personal data.

The Jiangsu Consumer Council filed a lawsuit against New York-listed Baidu for illegally gaining consumers’ personal data. A court in Nanjing, the capital city of Jiangsu province, accepted the lawsuit on January 2, according to a statement published on the council’s website.

Two of Baidu’s apps – its search app and mobile browser – are named by the council, for gaining access to users’ messages, phone calls, contacts and other data without their prior consent, according to the statement by the council.

Baidu said it was aware of the litigation and had conducted multiple rounds of talks with the group over the past several months to explain and address its concerns.

“During the communication with the Jiangsu Provincial Consumer Protection Committee, we explained in detail the scenarios under which we use authorisation to access information – for instance, relevant Baidu applications’ access to geographic location, text messages and address books are within the scope of reasonable use,” Baidu said in a statement.

The company added that its mobile app does not have the capability of monitoring phone calls and will never ask for the authorisation. Baidu will continue to communicate with the consumer group and work with them to ensure the security of personal information on the internet and in other industries, it said.