China Continues Its Quest for A Credit Ranking System 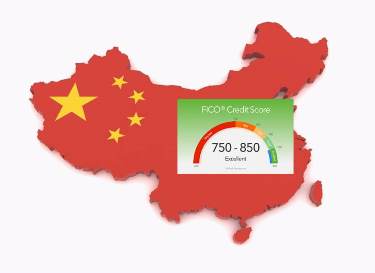 China is on the hunt for a homegrown alternative to the U.S.-based FICO score credit ranking system as it attempts to keep up with the rapid expansion in consumer loans being offered through mobile. Lacking such a single system, online lenders instead use a patchwork of methods to assess consumer credit worthiness, including things like online questionnaires and analysis of consumer data such as individuals’ eCommerce purchases. [Editorial Comment:  The FICO system cannot be described as a single system as there are many competitors in the field of analytics and credit scoring].

The National Internet Finance Association of China — a two-year-old agency closely aligned with China’s central bank — is tasked with the job, but has offered little in the way of specific detail about how the three-year-old search for a system is progressing — past noting in a brief report late Monday that “this would complete an important rung in procedural order.”

“It will face big challenges because a credit information service has a public component but needs commercial information that’s shared,” an analyst with the People’s Bank of China told The Wall Street Journal. “The problem is how to make this happen.”

Traditional lenders in China — the major banks — have tended to steer clear of consumer loans as they were viewed to be a marginal income stream.  But as the Chinese economy has moved toward increased consumer spending, regulators have encouraged more consumer lending to fuel it.  China’s debt clocks in at 44 percent of GDP — about half the U.S. rate — and is considered low by global standards. But FinTech has made it easy to make some questionable loans — particularly to rural and college-age borrowers who often find themselves facing interest charges that border on abusive. That sort of of trouble led China’s central bank to place a moratorium on new small-lender licenses.