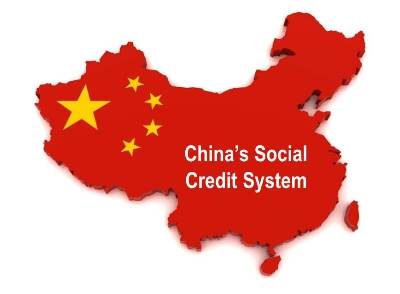 The Global Times reports that currently, in the Chinese society, the lack of credibility is still a very serious issue, which is an objective fact that we must face up to. At the same time, we should also recognize the progress and achievements in construction of credit systems. In fact, our country has already made some important and positive progress in credit building over the years.

Second, some great progress has been made in basic key areas. Various levels of government have done a lot of work in the construction of the credit system, especially after the introduction of the layout plan in 2014. Our country has established a unified social credit code system, as a basis for corporate and individual credit records in different departments and regions to be shared in the future. Meanwhile, the private sector has also established a corporate credit information publicity system, as well as a joint punishment system to curb dishonesty and a joint encouragement system to reward honesty. On the whole, there has emerged a basic system. Although these systems are still under constant exploration, the effects have already been shown. For instance, under the joint punishment system for dishonesty, once someone is on the blacklist, they will not be able to take high-speed trains or make plane journeys. Given this inconvenience, 10 percent of people on the list started to pay back the money they owed spontaneously. This shows the system is starting to work.

Third, the industrial credit system is also making steady progress. With help from the Ministry of Commerce and other departments, the majority of China’s State-level trade associations and other self-disciplined organizations are starting to evaluate the credit of the member enterprises and to construct the credit system. This has massively improved industrial credit governance.

Fourth, the enterprise credit management system is increasingly complete. Many companies are beginning to establish a credit management system, covering compliance, recruitment, customer management, contract performance and credit commitments. With more and more external restraint on corporate credit, it would be very inconvenient for the companies not to establish a credit system. Meanwhile, in order to adapt to the development of the credit economy, enterprises also need to establish credit risk systems to prevent credit risks.