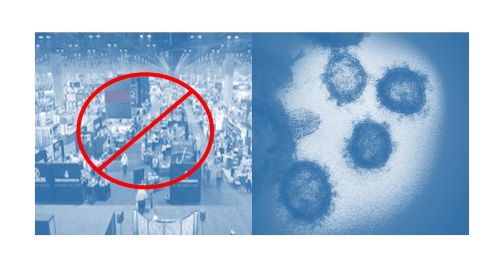 Canton Trade Fair: With most foreign visitors barred from China, the event has transformed itself into an e-commerce platform

Standing in front of shelves laden with colorful backpacks, a saleswoman promoted bags on the Canton Trade Fair’s website without knowing whether anyone was watching as the world’s biggest sales event opened in cyberspace to avoid the coronavirus pandemic.

The twice-a-year fair usually draws more than 180,000 foreign buyers and 60,000 Chinese vendors to the southern city of Guangzhou. But with most foreign visitors barred from China, the event has transformed itself into an e-commerce platform with mini-shopping channels for nearly 8,000 vendors.

The fair, founded in 1957, was for decades Chinese exporters’ main link to foreign buyers. It faces growing competition from companies such as Hong Kong’s Global Sources and China’s Alibaba Group that connect buyers and exporters online. But the fair still is popular with retailers and other customers who want to meet new suppliers and try out products.

This year, it isn’t clear yet how many buyers have followed vendors to the website.

To manage its online bazaar, the Chinese government turned to tech giant Tencent, operator of the WeChat messaging service. The video platform includes technology that produces a three-dimensional digital image of a product that potential buyers can turn around and see from different angles, according to Tencent. Instant messaging and interpretation features are intended to allow customers in other countries to talk directly to sellers.

Tencent and Alibaba are working with trade shows in China and abroad to put events online in hopes of reaching more customers. The coronavirus pandemic “means we have to pioneer the 21st-century trade show,” said John Caplan, Alibaba’s president for North America and Europe.  Still, the Internet is no substitute for meeting vendors in person, said Chris Sillitoe, who owns a sourcing company in Britain that buys tools and other hardware for retailers. Sillitoe has visited every Canton Fair in the last two decades.  “That’s absolutely what it’s all about,” said Sillitoe. “The virtual fair isn’t a replacement for being on the ground in China.”