China P2P Online Lending: Regulation will be Crucial for Success 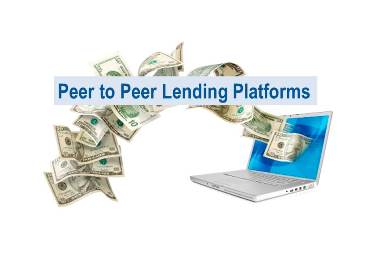 According to Chi Guan Jianzhong, president of the Chinese ratings agency Dagong Global, China is currently going through a quiet crisis: Many Internet-based money lenders (P2P platforms) are sinking, along with the funds they owe to their creditors.  The crisis may last into the middle of the year and incur a total loss of 100 billion yuan ($16 billion) to the creditors, mostly individuals with small savings.  P2P platforms facilitate internet-based instant lending and borrowing between strangers.

Online financial services, although growing in leaps and bounds, are still in their infancy in China, and as a result “there are still few laws and regulations applicable to the industry”, Guan said.  At the end of 2014, Dagong reported that more than 80 percent of China’s P2P platforms were considered high-risk. The company’s latest warning, issued on March 21, said that of the 1,587 P2P platforms it was monitoring, 393 were blacklisted, while another 668 were given risk warnings.

According to 100EC.cn, an e-commerce research body, there were 1,646 online lenders in “normal operation” in China by the end of February.  Online lending is one the most active areas in China’s Internet financial market. It is concentrated in such places as Guangdong province and large cities including Shanghai and Beijing.

But its most serious shortcoming is that creditors usually don’t have control over the platform operators, and therefore their rights are not duly protected.

The Chinese-language press has reported, with increasing frequency, about protests by creditors angry with the loss of their money on P2P platforms that failed or even vanished without a notice.  Shenyang Daily reported on March 17 that 90 P2P platforms closed down in December, the highest month for failures in 2014, followed by another 113 since the beginning of this year.

Introducing regulations for China’s online financial market is an urgent task.  Industry specialists say they expect the central government to come up with a regulatory guidance for the Internet financial market by the middle of the year.

The People’s Bank of China’s Credit Reference Center (CCRC), through its subsidiary Shanghai Credit Information Services Co., Ltd (CIS), has recently launched an online financial credit system – NFCS.  According to CIS, NFCS now has 370 loan companies and 524,000 registered customers as of the end of December 2014.  An insider of CIS’ credit business branch claims the number of companies listed on the system is growing at a double digit rate per month, reaching more than 400 as of the end of January 2015.  NFCS could introduce a listing fee in the future.  This is an important step in introducing safety measures to the industry.