China Payments: Time for HK Firms to Try their Luck 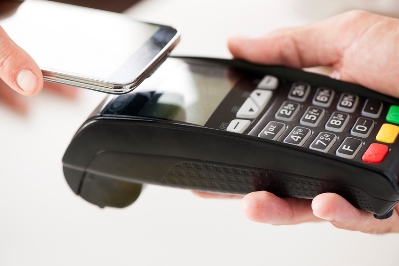 The Octopus payments system has again been the subject of much discussion in Hong Kong in the past few weeks. Even the venerable British magazine The Economist, in its November 23 issue, published an article entitled “Does Hong Kong’s Octopus cards have too many tentacles?”.

Instead of the usual high praise about its innovation since its inception days in 1997, the Octopus system is now lamented for being left behind by the likes of Alipay and Tenpay. Personally I have a sentimental attachment to the Octopus system as it was a pioneer two decades ago.

Payment systems have made so much progress in the last decade that I have chosen them as the topic for my first article on FinTech in China. According to Mckinsey, 98 percent of the FinTech transaction volume generated in China is from third party payments, with mobile transactions accounting for over three quarters. The other FinTech contributors are in lending, wealth management and insurance spaces.

It is noteworthy that Hong Kong FinTechs are primarily clustered in wealth management, but surprisingly one payment player (TNG Wallet) has done very well finding a niche in the cross-border money transfer application in the Asean market.

The potential to disrupt the traditional payment market is enormous. In developed markets like USA, leading payment player PayPal has indicated it has reached US$400 billion transaction volume out of a total potential US$100 trillion. The US market has attained such sophistication and specialization that the industry leaders are mostly technology companies doing singular business and jobs. In China, leading payment players are normally part of a larger business across multiple platforms — names such as Alipay of Alibaba affiliate Ant Financial, and Tenpay, a product of Tencent Holdings.

Take the case of Alipay for example. It is both an internet and mobile payment platform. Among other features it offers supply chain financing for small businesses: an on-line shop under its Tmall platform gets loans otherwise unavailable from banks, simply based on its inventory and accounts receivable data accessible on the same platform.

It automatically transfers sales income of a Taobao retailer into an interest-bearing account called Yu’e Bao and money withdrawal is easy like a checking account. Typical spread between the deposit and loan interest rates is 10 percent-plus making it a very profitable business. Even though it charges a fraction of 1 percent on the transaction, tiny compared to 3 percent typically charged by PayPal, its profit last year was US$814 million, almost matching PayPal’s US$1 billion. No wonder Ant Financial is already estimated to be worth over US$60 billion versus PayPal’s US$95 billion.

It is also no wonder that banks in China feel threatened. The sentiment is very different from five years ago when executives of banks such as ICBC were quite complacent about their competitive position. According to a Nov 2016 report from EY/DBS, total fee lost to internet/mobile payments in China will rise from 10 percent in 2015 to 40 percent in 2020. It also explains the August decision of People’s Bank of China to mandate all third party payment transactions to go through a centralized clearing house, forcing all to share valuable transaction data with government and competitors.

Such is the risk of doing business in China. The irony is that it seems anyone can try their luck in this scenario, posing a challenge to Alipay and Tenpay. The two dominant players together process 94 percent of all mobile payment transactions as of now in the country, according to iResearch, a consultancy. This could be an opportunity for Hong Kong start-up TNG Wallet to enter the China market, with its Asean portfolio, and maybe also Octopus, the crown jewel of Hong Kong.

Some milestones in the payments field: