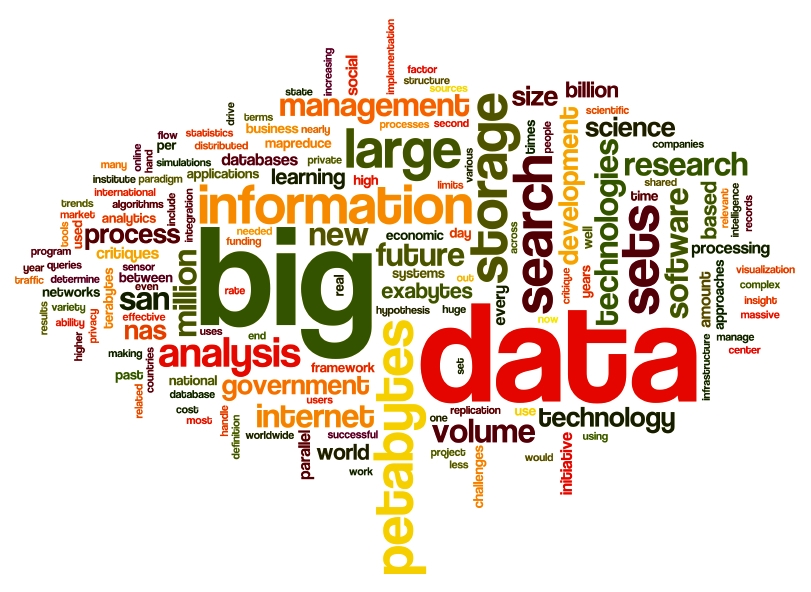 Technological changes are having major effect on financial markets, and the government must prudently encourage this development.  The following article provides some insight of how the financial services regulator in China is taking a hard look at the implications of BIG Data on the financial system, including credit reporting.

The so-called big data revolution is the latest in a series of technological developments that are transforming finance. With the rapid growth of computing and telecommunication technologies in the past couple of decades, the industry has already witnessed a number of striking changes.

Many traditional financial services have gone digital. Electronic payment systems have become commonplace, while electronic exchanges and clearinghouses have almost completely replaced physical floor trading. The Internet has become the primary channel by which loans, stockbrokerage, insurance and wealth management products are processed.

More recently, e-commerce and the birth of third-party payment processors has allowed firms such as tech giant Alibaba to enter into the realm of finance and lending, further challenging the industry status quo.

This phenomenon is more than just upgrading traditional finance with technology. The Net is bringing its own business and product models to the financial system. Among the many recent developments brought about by the Internet, the big data revolution looks set to be the next big thing and further shake up the financial industry.

What Does Big Data Mean?

In May 2011, the McKinsey Global Institute published a report titled Big data: The Next Frontier for Innovation, Competition and Productivity, which thrust big data into the public spotlight. According to the report, big data is commonly understood to mean data sets so large that they cannot be processed effectively using traditional data analysis tools.

Big data has four key defining features that have been dubbed the four V’s:

Volume – As technology has grown and the pace of data collection has expanded, so too have the size of data sets which have already grown from terabytes into petabytes.

Variety – The growth of user-generated content online along with a wide spectrum of data sources, including mobile phones, tablets, automobiles, cloud computing and an ever expanding wealth of sensors and Internet-enabled objects, are producing a huge variety of interrelated data.

Value – Such data has high commercial value and will be a major source of competitive advantage for firms, allowing them to better understand their customers and their own business.

Velocity – Big data needs to be processed quickly as data sets will continue to grow, often in real time.

Finance is already the archetype of a heavy data consuming and data producing industry. However, big data is set to reinforce this reliance on data. In fact, data itself will become the core asset of the Internet finance industry, changing the face of customer relations and displacing the central role of collateral in traditional finance.

The effect of big data can already be seen in financial innovations such as high-frequency trading (HFT), social sentiment analysis and automated credit risk management.

Statistics show that as of 2009 HFT already made up 40 to 80 percent of trading volume on the U.S. stock, futures and foreign exchange markets. HFT traditionally relies on high-tech telecoms hardware and trading software, providing a speed advantage in execution that allows traders to rapidly trade securities and reap arbitrage profits.

However as the HFT space has become more crowded, profitability has declined. Rosenblatt Securities estimates that the industry’s profits dropped by 74 percent between 2009 and 2012. In response, HFT traders have adopted strategic sequential trading, analyzing big data in an attempt to recognize the footprints of specific market participants and hence anticipate their future actions, giving them an edge in the market.

It is not only price data that has come under the magnifying glass of market players. Hedge funds have begun building algorithms around market sentiment data extracted from online social media, for instance shorting the market the moment news of a natural disaster or terrorist attack breaks. One such success story is MarketPsy Capital, a hedge fund set up by American psychiatrist Richard Peterson that posted a return of 40 percent by the end of 2010. Many, such as French firm IIBremans and even Peterson’s more recent business, MarketPsych Data, focus instead on selling sentiment indicators to retail investors.

Big data is also being used to improve credit risk management and increase the auditability of small lenders. Financial institutions hope to examine business transaction data in order to determine the riskiness of lending to credit starved small and micro businesses.

Aliloan, a product of Alibaba, has pioneered an automated online system for providing flexible micro loans to profitable online vendors who are often unable to access funding via traditional channels due to a lack of collateral.

Data is collected via Alibaba’s existing e-commerce and payment platforms including Taobao, Tmall, Alipay and Alibaba’s business-to-business services. The vendor’s credit worthiness is then calculated based on his transaction records, customer ratings, shipping records, etc.

Third-party verification is applied to confirm the vendor’s details, while external data ranging from customs and taxation data to electricity records are also cross examined for any inconsistencies. Aliloan’s risk management further extends to monitoring the use of loan funds and assessing the strategic development of the vendor’s business.

Not only is modern Internet finance producing new products and business models while improving the user experience, but it is diversifying the existing ecosystem of financial service providers while also posing new challenges for regulators and policy makers.

Each department at financial institutions, from mortgage divisions to derivative trading desks, are accumulating huge amounts of data on both customers and financial instruments. However, the lack of a comprehensive interdepartmental data strategy and the necessary technological infrastructure is preventing the data from being utilized to its full potential.

Some firms are already attempting to aggregate interdepartmental data and are even seeking to supplement this with external data on their customers. In cooperation with the traditional banking system, Moven, launched in February in the United States, provides an innovative mobile banking platform while also helping to centralize customer data. Meanwhile, British firm ERN aggregates consumer transaction data and provides banks, merchants and payment processors with tools to analyze and manage this data.

Big data has the potential to improve the transparency of financial markets. Customers’ credit ratings will continuously update to reflect their assets, business operations and transaction history. Commercial banks will invest heavily in order to build systems that collect and understand large amounts of data in an attempt to overcome information asymmetry.

A new generation of Internet finance firms will increasingly act as data intermediaries. For instance, a shipping or courier service that recognizes that it is collecting useful data on global product flows may begin to bundle such data and sell it to other businesses.

Internet finance can be of particular benefit to developing countries that lack mature credit and credit-scoring systems. Firms such as Kreditech and Lenddo have begun to provide automated small loans in emerging markets based largely on credit scores calculated from the applicant’s online social networking data.

Big data can also be used to measure the response towards various products and ultimately provide improved service to the end consumer. For instance insurance firm Progressive monitors customers changing financial circumstances in order to offer them tailor made insurance policies. In the future, auto insurance pricing may fluctuate based on location and performance data sent directly from the customer’s vehicle, encouraging insurance firms to take a more active approach in accident avoidance by providing the customer with personalized traffic and weather warnings, etc.

The increasing amount of data collected and used by firms should raise service standards, improve the market’s allocation of financial resources and on average reduce costs for the end consumer. However as data becomes more integrated and its distribution more prevalent, there are growing risks with regards to privacy, data security and intellectual property rights. Research on “anonymous” mobility data from 1.5 million cellphone users in Europe suggests that 95 percent of users can be identified from a mere four data categories.

Moreover, despite all its potential, big data cannot entirely replace human value judgments. Big data software tools do not extricate us from misinterpretation or prejudice, and as always correlation in the data does not imply causation. Furthermore, big data is itself the product of human design and suffers from selective and incomplete coverage. For example social networking sites are often used as a primary indicator of social sentiment, but the users are disproportionately young urban dwellers and not representative of society as a whole.

In 2010, stock market sentiment shifted from bearish to bullish, however MarketPsy Capital Fund failed to pick up on this trend and posted an 8 percent loss that year. Johan Bollen, associate professor at Indiana University’s School of Informatics and Computing, estimates that even if social sentiment trading signals achieve an accuracy of 80 percent, the margin of error is enough to result in bankruptcy.

Big data is already having a visible effect on the financial markets. In May 2010, a “flash crash” led to the biggest intraday decline witnessed in the history of the Dow Jones Industrial Average, only to recover within minutes. U.S. regulators believe that HFT trading contributed to the sudden and aggressive selling. Three years later, on April 23, a fake tweet claiming that the White House had suffered a terrorist attack wiped 1 percent off the Dow Jones in a matter of seconds, illustrating the effect of just a single faulty data point.

Regulation needs to evolve to reflect this new big data environment, but there is a risk that regulators overstep, interfering directly in the markets. The U.S. Commodity Futures Trading Commission has admitted that it considered requiring algorithms to be approved prior to trading.  A better approach is being developed at the Lawrence Berkley National Laboratory, whereby individuals who engage in reckless behavior can be shut out of the market in real time, ensuring stability and access to other market participants.

Ultimately, the use of big data should be encouraged rather than restricted and new technology developed to help better regulate the industry.

About the Authors:  Lei Yao is director of policy research at the People’s Bank of China’s Financial Research Institute. Chen Wei is Deputy CEO of the Bank of Communications International.

This article appeared in Caixin.com on August 20th, 2013