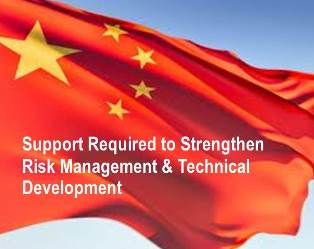 China’s top legislature is considering amending a law that supports small- and medium-sized businesses for the first time since it was adopted in 2003.

The revised draft was submitted to legislators for its first reading at the bimonthly session of the National People’s Congress (NPC) Standing Committee, which began Monday and will run until Nov 7. According to the statement, released by the NPC Financial and Economic Affairs Committee, the law on promoting the development of small- and medium-sized enterprises has helped boost growth in this sector.

However, the statement pointed out that the current law “is not specific (about) supporting policies” and “not easy to (implement).”  In order to create a better legal environment for small- and medium-sized firms, especially small- and micro-businesses, to grow, the current law should be revised, it said.

Small- and medium-sized enterprises, most of which lag behind with technological elements and risk management, have felt the pinch from downward pressure in economy in recent years, according to the statement.

It added that increased production costs and contracted profits were threatening the survival and development of these businesses.