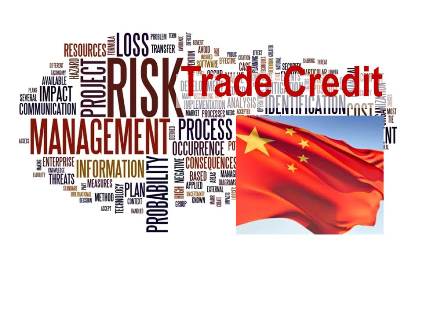 Credit insurer Atradius released a new report this week which focuses on payment practices in China. Atradius survey shows an uptick in late payment of B2B invoices in China, which can have a knock-on effect on the liquidity of some businesses in several countries in Asia Pacific.

The report states that 62% of businesses said domestic business-to-business (B2B) “customers have slowed invoice payment due to liquidity problems over the past year.” On average, domestic B2B credit-based sales are 41.8% of local sales, while abroad B2B credit-based sales are 34.2% of the total value of exports. Both figures are notably lower than the average of the other Asia Pacific countries surveyed. Most of the respondents in China (62% indicated that late payment from domestic B2B customers is mainly attributable to liquidity constraints. This is markedly above the 46.3% of respondents in Asia Pacific, and the highest response rate in the region. This highlights the challenging economic conditions currently present in China as the country attempts to move from an investment-led to a consumption-led economic growth model. Compared to the 21.3% survey average, 27.3% of Chinese respondents reported that late payment of domestic B2B invoices was most often due to the formal insolvency of the buyer.

1.8% of the average total value of B2B receivables in China was reported by respondents as uncollectable. This is below the 2.0% regional average. Consistent with the survey pattern, domestic write-offs outweigh foreign ones. This likely reflects cultural and language differences in international business relationships. Domestic and foreign uncollectable B2B receivables were primarily reported to stem from the construction, consumer durables, food and electronics sectors.

A markedly higher percentage of respondents in China (37%) than in Asia Pacific (24.3%) said that B2B receivables were written off as uncollectable as the additional costs to pursue the debtors were too high.

Forecast:  Around four in nine respondents in China said that they do not expect any change in the payment behaviour of domestic B2B customers over the coming 12 months. One in five anticipates a worsening, particularly in the construction sector. Around three in eight respondents expect an improvement in the payment behaviour of domestic customers, particularly in the electronics sector.

Domestic B2B customers of respondents in China are given an average of 37 days from the invoice date to pay invoices. This term, which increased by an average of two weeks over the past two years, and has been steady since 2014, is four days longer than the average for Asia Pacific (33 days). It is the third longest average payment term of the countries surveyed in Asia Pacific, after those recorded in Taiwan (41 days) and Japan (47 days).

Foreign B2B customers of Chinese respondents are granted, on average, slightly more time to pay invoices. The payment term granted to customers abroad, averaging 41 days from the invoice date, is eight days longer than the average term for the region. Moreover, it is significantly longer than two years ago (by an average of two weeks) and unchanged since last year.

93.6% of respondents in China (above the 90.2% of respondents in Asia Pacific) reported having experienced invoice late payment from their B2B customers over the past year. The domestic insolvency environment in China is expected to deteriorate in the coming months, as economic growth is cooling down.

Late payment from respondents’ domestic B2B customers occurred almost as often as did late payment from customers abroad. This has translated into an almost equal average proportion of domestic and foreign B2B invoices which remained outstanding after the due date. On average, 43.1% of the total value of domestic, and 42.4% of the total value of foreign B2B invoices were reported to be overdue. Both averages for China, however, are lower than the averages for Asia Pacific (44.8% domestic and 45.2% foreign). Compared with the above mentioned frequency of late payment, these findings suggest that, in China, late payment by B2B customers occurs more frequently on invoices for small amounts than in most of the other countries in Asia Pacific.