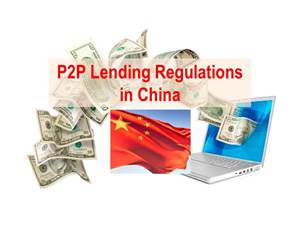 China’s online peer-to peer (P2P) lending platforms are losing their shine as regulators have tightened supervision to prevent risks.  Only four P2P firms were established last month, down from 12 in February, and the number of platforms still in operation had dropped for four consecutive months to 2,572 as of March, according to a research note of Yinhang.com, a financial information aggregator affiliated with NewYork-based Bankrate.

“The phenomenon is becoming more and more common in the industry,” Yinhang.comanalyst Li Xianrui said.   China’s stricter rules on the release of information and a crackdown on illegal financing haveraised the threshold for newcomers and forced established platforms to straighten out theirbusiness, Li said. “The unqualified will struggle to survive and may even have to exit themarket.”

In March, 112 lending platforms were found to have problems in their operations, up 40 percent month on month. The central government vowed strict measures against illegal fundraising in February to fend off systemic risks, prompted by the discovery of Ponzi schemes in several P2P brokers.  Ezubao was found to have cheated about 900,000 investors out of more than 50 billion yuan($7.5 billion) through fake investment projects.

Previously, the lending platforms had spread across the country and attracted individualinvestors with high returns.