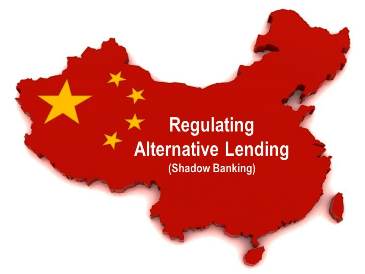 A surge in bank lending may also be attributed to regulators’ efforts to curb shadow and off-balance sheet lending, as well as a downturn in the nation’s corporate bond market, which has pressed companies to seek financing from traditional bank loans.

Earlier this year, reports in The New York Times said China has made headway in its anti-shadow banking efforts. The Prudential Regulation Bureau announced in August it reached initial targets to combat illicit lending in China and had, so far, developed 20 new rules for regulators to heighten oversight of shadow banking activity in the country.