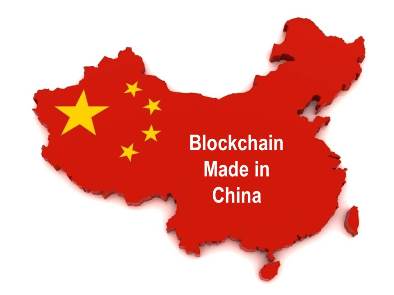 A Chinese government-led research body has rolled out a blockchain-as-a-service (BaaS) platform for identity and supply-chain tracking.

Dubbed the Blockchain Registry Open Platform (BROP), the system, developed by China Banknote Blockchain Technology Research Institute, was officially launched at a financial technology summit in Hangzhou on Monday, according to Securities Times.  While China’s internet giants Tencent, Baidu and JD.com have already launched their own BaaS platforms, the project is notable for its official affiliations.

According to its website, the research institute operates as a fully state-owned subsidiary of the China Banknote Printing and Mining Corporation under the oversight of the People’s Bank of China (PBoC), the country’s central banking authority.  At the fundamental level, the new BaaS platform is apparently aimed to serve two main purposes: storing static data and recording changes to that data.

According the project’s white paper, possible application scenarios include government agencies sharing users’ information over a blockchain to streamline authentication workflow for public services. Other possible use cases could include storing verified information to prevent fraud in the food supply chain and the forensic science field.

The new platform comes as the Chinese government is pushing for faster technological development in the country in a bid to stay competitive globally, and follows praise of blockchain technology by policy advisors at the country’s biggest annual political event in early March.

Recently the Ministry of Industry and Information Technology announced it has put developing standards for blockchain technology, such as distributed ledger and smart contracts, at the top of its 2018 agenda.