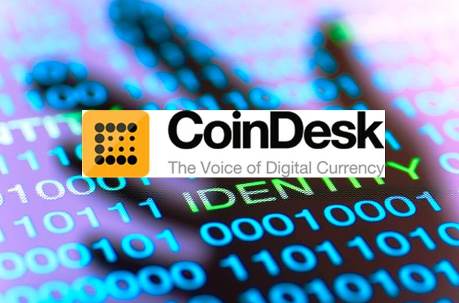 CoinDesk, the leading media & events business in the bitcoin and blockchain industry, announced that it has acquired Lawnmower, a blockchain data and research platform.

The full Lawnmower team will join CoinDesk in its New York office. Founders Pieter Gorsira and Patrick Archambeau, who built Lawnmower’s popular digital currency portfolio tracking application, will lead CoinDesk’s engineering team, while co-founder Alex Sunnarborg, who led Lawnmower’s content and data products, will join CoinDesk’s research team as an analyst and lead content curation for CoinDesk’s events, including its flagship conference, Consensus, which will be hosted in New York on May 22-24, 2017.

“The investment tools, research, and market data products we’ve built at Lawnmower mesh perfectly with CoinDesk’s established brand and continued vision to be the preeminent name in blockchain news and research. We’re thoroughly excited to come onboard and help shape the future of digital currency,” said Pieter Gorsira, co-founder and CEO of Lawnmower.

Lawnmower first launched on April 9, 2015 during Boost VC’s “Tribe 5” program with a micro-investment application geared towards bitcoin’s retail investors. The company’s tools allowed users to round-up credit and debit card transactions and automatically convert “change” from their purchases into bitcoin. As the blockchain industry grew to support multiple digital currencies, Lawnmower added research tools to its users, offering in-depth analysis on a number of the largest digital currencies.

The acquisition announcement coincides with the expansion of CoinDesk’s research division, which will include subscription research on blockchain protocols and their use cases, as well as data offerings and research on digital currencies and blockchain tokens such as bitcoin and ethereum.

“As the largest bitcoin and blockchain media and events company, CoinDesk is uniquely positioned to expand into research and offer high-value data products to organizations looking to study the opportunities and challenges posed by blockchain technology,” said Ryan Selkis, CoinDesk’s Managing Director. “The tools and expertise the Lawnmower team has built over the past two years will accelerate the growth of our new research division, and add critical depth to our product team.”

CoinDesk has published its quarterly State of Blockchain report, a deep dive into the bitcoin & blockchain space, since 2013, and maintains databases of bitcoin pricing data, venture capital activity, and proprietary “sentiment” surveys used to benchmark traction being made across enterprises. Its monthly premium research reports have included deep dives on topics including Ethereum, Smart Contracts, Trade Finance, Insurance and Capital Markets.

This is CoinDesk’s first acquisition since joining Digital Currency Group in January 2016. Since then, the company has doubled in size, relocated its headquarters to New York City, and grown site traffic to over one million people per month.

About CoinDesk: CoinDesk (http://www.coindesk.com) is a media, research, and events company based in New York City with the mission of chronicling the blockchain movement and create a forum for critical discussions among those building a more productive and inclusive digital economy.

About Lawnmower: Lawnmower (http://www.lawnmower.io) is an iOS app and Android research platform enabling consumers to invest in bitcoin and other blockchain-based assets. It participated in the Boost VC “Tribe 5” class and Startupbootcamp Fintech NYC accelerator.