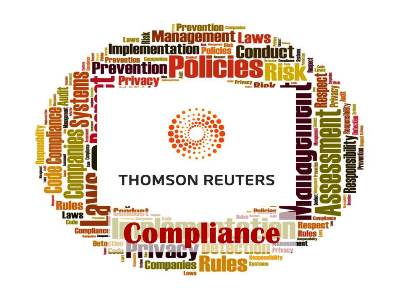 Many companies are struggling to monitor risks posed by their suppliers, distributors and partners due to internal pressures, lack of actionable data and insufficient attention to potential consequences

Global companies are opening themselves up to greater risk including bribery and corruption and modern day slavery by conducting due diligence on just 62 percent of their suppliers, distributors, and third party relationships, with only 36 percent fully monitoring the ongoing risks and 61 percent not even knowing the extent to which third parties are outsourcing their work, a global Thomson Reuters survey has found.

The survey of over one thousand respondents — including compliance and risk, procurement, operations and legal professionals across nine countries — highlights the turmoil and pressures that organizations face when managing risk associated with third parties, exacerbated by having to cope with an average of almost 10,000 of these relationships in various regions of the world. Furthermore, 66 percent of respondents revealed they know where risks may materialize, but struggle to employ processes to detect them. This issue is expected to intensify, with 77 percent expecting more time and resources being required to conduct adequate due diligence on third parties over the coming year.

The commercial balancing act is compounded for compliance professionals as 80 percent believe their personal liability will increase over the next year. Sixty-five percent of all respondents believe the current economic climate is encouraging organizations to take risks with regard to regulations in order to win new business. This pressure is encouraging those who should be protecting companies to take on risks, with one in three respondents stating they would not report a breach internally if it concerned a third party with which they are working, although some (11 percent) might still report it externally. Just over half think they are unlikely to be prosecuted if they did breach regulations. Most surprisingly, a high proportion of respondents from the U.S. and the U.K. agreed with this, at 61 percent and 56 percent respectively, even though these countries have some of the strictest regulations in place.

“Despite recent large fines for breaching regulations, we were surprised that 63 percent of respondents agreed that ‘winning new business is a priority and as a consequence might breach regulations,’ the most startling result coming from the U.S. with 79 percent in agreement. This demonstrates the immense pressure organizations are under and, as a result, professionals may be willing to take risks to drive business,” said Shaun Sibley, managing director, Supply Chain and Commodities, Thomson Reuters.

Aside from the pressure to adhere to regulatory requirements, there are significant benefits from working with third parties, including helping companies be more competitive. More than seven in ten respondents claim third party relationships have allowed their company to be more flexible and competitive. Carrying out thorough third party due diligence not only ticks the regulatory box and helps mitigate against reputational damage, financial risk and data security, it also drives an organization’s business.

In order to continue reaping the benefits from supplier and third party relationships whilst still mitigating risks, the respondents cited the following as key challenges they are facing and looking for support on:

“Less than half of respondents claim to be sufficiently knowledgeable about third party risks such as bribery and corruption and modern day slavery; they also admit to having gaps in their processes to manage these risks. Therefore, it is clear that the private and public sectors need to come together to share information and data and also put solutions in place to eliminate these risks,” said Sibley.

See this interview with Miles Hobart, head of Proposition, Third Party Risk at Thomson Reuters, in which he discusses key survey results and what organizations can take away from the report.

The survey was conducted by FTI Consulting on behalf of Thomson Reuters in August and September 2016 with 1,132 global third party relationship/risk management/compliance professionals at organizations in North America, South America, Europe, Asia and Australasia.

For further information, or a detailed copy of the Thomson Reuters 2016 Global Third Party Risk Survey, go to http://info.risk.thomsonreuters.com/LP=7971?ref=pressrelease

Thomson Reuters Third Party Risk solutions help organizations detect, assess and minimize potential risks associated with suppliers, distributors and partners, and regularly monitor them for any change in status. Solutions include Thomson Reuters World-Check risk intelligence which serves the needs of the largest banks and corporations, allowing them to screen and monitor third parties against millions of profiles to raise red flags around potential risks, from bribery and corruption to sanctions and modern day slavery.