Concern about Cyber Threats on the Rise, Yet Many Neglect Protective Measures 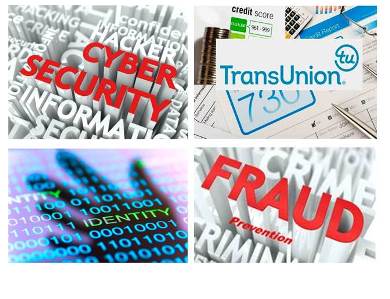 Americans who say they are extremely or very concerned about cyber threats have increased 20 percent since last year, from 46 percent in 2015 to 55 percent in 2016, according to TransUnion’s (NYSE: TRU) annual Cyber Security survey, released recently..

The TransUnion® survey polled 1,263 consumers ages 18 and older about their experiences with and perceptions of cyber threats in anticipation of National Cyber Security Awareness Month in October. Despite increasing fear, nearly half of respondents don’t take common protective measures, such as locking their phone with a password (45 percent) and changing their passwords frequently (51 percent).

Respondents reported feeling most susceptible to email hacking, with 40 percent ranking it as the greatest threat to their online security, followed by online credit card theft (38 percent) and cell phone theft (35 percent).

“Our survey reflects the growing fear among Americans about the threats to their personal and financial information. People are more vulnerable than ever to cyber threats and consumers must protect and closely monitor their information.”

In addition, 83 percent of consumers are extremely, very or somewhat concerned about identity theft, defined as the misuse of one’s personal information for another’s economic gain. And, the survey identified a significant gap between how consumers believe they will respond to identity theft and their actual behavior when victimized. While most consumers said they would take reactive protective measures if they experienced a breach, few actually did.

For example, 72 percent of consumers said they would report a breach to a bank or credit institution, but only 40 percent of respondents who said their identity had been stolen actually reported the violation. Similarly, 63 percent said they would implement a credit freeze or fraud alert on a breached account, but only 26 percent of victims actually did so. And while 62 percent of consumers plan to cancel a bank or credit card following a breach, only 36 percent did so in reality.

“Cybercriminals are always looking for new ways to steal your information,” said Battison. “At least 400,000 consumers called the TransUnion Fraud Victim Assistance Department (FVAD) between January and June 2016, a number that may rise if protective measures aren’t taken. We’re here to help consumers navigate any fraud, but the best results come from taking proactive, preventive measures before a breach.”

To help safeguard against fraud, Battison offers the following tips:

For more information on how to protect yourself from identity theft, visit TransUnion’s website.