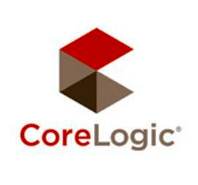 Revenue for the fourth quarter was up 5% to $345.5 million driven by 16% growth in Data and Analytics (D&A) segment. Technology and Processing Solutions (TPS) revenues outperformed estimated U.S. mortgage volume trends.  Operating income from continuing operations increased $55.4 million to $36.2 million reflecting the impact of lower operating expenses including a 2013 non-cash impairment charge with no 2014 counterpart.  Net income from continuing operations up $25.8 million to $16.5 million. Diluted EPS from continuing operations of $0.18 per share compared with a $0.10 per share prior year loss. Adjusted EPS up 12% to $0.28 per share.  Adjusted EBITDA is up 16% to $84.1 million; adjusted EBITDA margin of 24%.

Full-Year Highlights:  Revenues of $1.4 billion, unchanged from 2013 levels – 13% growth in D&A and the benefit from TPS share gains offset the impact of an estimated 40% decline in U.S. mortgage market volumes. Operating income from continuing operations was up 19% to $169.8 million reflecting the impact of lower operating expenses and impairment charges partially offset by higher depreciation and amortization.  Net income from continuing operations was down 11% to $89.7 million primarily due to the impact of lower U.S. mortgage volumes and higher interest expense.  Adjusted EBITDA was $360.2 million; adjusted EBITDA margin of 26%.

CoreLogic launched Phase I of its Technology Transformation Initiative (TTI) during mid-2012.   Phase I of the TTI is focused on migrating the Company’s existing technology infrastructure from CoreLogic internal management to an outsourced service arrangement with Dell Services.  The migration of CoreLogic’s legacy systems and data center infrastructure to Dell Services is expected to provide new functionality, increased performance and a reduction in costs commencing during the second half of 2015.  During 2014, the Company successfully completed the migration of its Dallas, Texas data center to a Dell Services operated facility.  The migration of the Company’s remaining data center, based in Santa Ana, California, is expected to be complete by mid-2015.  Full-year 2014 charges related to implementation of Phase I of the TTI totaled $15.6 million.

Phase II of the TTI, launched during 2014, focuses on the development of the Company’s next generation technology (NextGen) platform which is designed to augment and eventually replace portions of our legacy systems.  During 2014, the Company commenced the development of its NextGen platform capabilities including certain proof of concept deliverables.  During the fourth quarter of 2014, the Company announced the formation of the CoreLogic Innovation Labs (CIL) in collaboration with Pivotal Software, Inc.  The CIL is designed to accelerate progress on the NextGen platform as well as support the upgrading of existing technology assets and facilitating the greater monetization of the Company’s data assets.  Investments in Phase II of the TTI are expected to aggregate approximately $15 million per year beginning in 2015.  Full-year 2014 charges related to implementation of Phase II of TTI aggregated $3.4 million.

During the fourth quarter of 2013, CoreLogic launched a cost reduction program and operational initiatives designed to lower 2014 operating expenses by at least $25 million. Full-year 2014 savings associated with these programs totaled approximately $30 million.