Coremetrix: Use of Psychometric Data 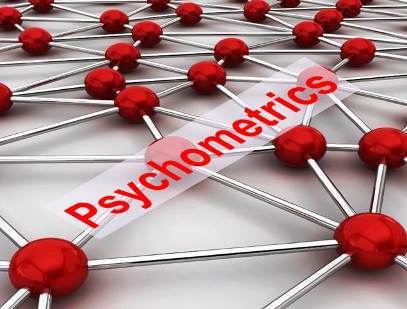 Bad credit makes it tough to buy a home or a car. But in some places, having the wrong personality may also complicate your financial life.

When no credit history is available, lenders in emerging markets are increasingly looking to personality tests to fill the gap. Psychometric data, or data acquired through personality tests, is now being used to determine if customers qualify for credit in countries like Turkey, Russia, Mexico and India. Some assessors look at traits like conscientiousness, extroversion, agreeableness and neuroticism. For example, if someone ranks high on conscientiousness, they’re likelier to be better at saving, thus more secure financially.

Not in the US?  The method has yet to go mainstream in the U.S. in part due to culture, regulations and the range of data already available to American lenders.

Still, psychometric data offers another option to assess consumers for whom insufficient data is available to generate a credit score. It’s a section of the population that’s gained more attention in the U.S., where over 25 million people are considered unscoreable by the Consumer Financial Protection Bureau.

“It’s about the values that underlie the actions that you take,” said Clare McCaffery, managing director of Coremetrix, a U.K.-based company that works with credit bureaus, lenders and insurers in India, South Africa and U.K. “I put money aside each month on the chance that I get unemployed. I have a good credit file because I’m conscientious — it’s not an accident that that happens.”

By assessing a consumer’s thought processes, McCaffery said, lenders are able to determine if a customer is eligible for a loan. Coremetrix evaluates customers through a quiz. Customers click on the image that best represents their response, and the questions are meant to assess values rather than generate right or wrong answers. In addition to assessing what’s driving the decision, CoreMetrix looks at biases as well.

Over 700 characteristics are organized; results are crunched along with repayment data into a number that represents a credit score.

Other evaluators use surveys to help lenders make decisions. The Entrepreneurial Finance Lab, a company that began as a research project at Harvard’s Kennedy School of Government, uses a survey that tests behavioral traits.

Bailey Klinger, executive chairman, said the lab’s score is based on how a candidate answers the questions, how they interact with the survey (how long they spend on each question), and how previous respondents have performed with credit products.

For example, the below question asks participants to rank on a sliding scale what picture represents the people in their communities. Depending on how someone answers, they could be seen as obsessive or disorganized.

McCaffery and Klinger stress that the surveys and quiz questions are not meant to yield right or wrong answers. Consumers are asked to react to a set of general questions that offer a peek into their thought processes or habits. For instance, sample questions from the Entrepreneurial Finance Lab ask the consumer to use a slider button to show how comfortable they are with technology, and another asks about how they spend their money. Coremetrix’s sample questions address emotions, such as “when you feel overwhelmed with making a decision, what do you do?” Respondents then choose from a range of pictures showing a range of emotional reactions.

It’s possible to cheat or be dishonest with models, but testing companies say they’ve accounted for this in their scoring models. For instance, on the Entrepreneurial Finance Lab test, respondents may be asked to list a series of numbers by memory that appeared earlier on the test. They’re told they can’t go back and check what the numbers were, but the test allows respondents to go back and cheat — the system tracks whether or not they do. McCaffery said that it’s possible for people to be dishonest with their choices on the Coremetrix test; however, multiple examples of questions that correspond to one personality characteristic are included on the test to minimize dishonesty. Coremetrix, like the Entrepreneurial Finance Lab, also monitors how much time the test taker spends on each question.

The global unscoreable population is huge, including in India where over 70 percent of the 1.2 billion-strong population fall into this category, McCaffery said. While psychometric data has shaken up the credit-scoring game in emerging markets, it has yet to go mainstream in the U.S., and those with experience with U.S. credit bureaus say it has a lot to do with strict rules credit bureaus must follow, and a culture that may not lend itself to credit scoring psychometric tests.

For the past few months, FICO, working with the Entrepreneurial Finance Lab, has been testing psychometric testing in Turkey, Russia and Mexico. While it’s too early to offer definitive assessments, FICO is optimistic about the model’s ability to deliver results.

“They have many proof points around the world,” said Sally Taylor-Shoff, svp of scores at FICO. “The partnership is so that FICO can get more experience with the validity of this type of data.”

Before launching psychometric data in the U.S., Taylor-Shoff said lenders would need to ensure compliance with regulations including those on consumer disclosure (e.g. being able to explain to someone why they were denied credit); fair lending (making sure the method doesn’t disadvantage a particular type of customer) and safety and soundness of the data. Operational considerations, including how lenders would use this method alongside traditional methods , would still need to be resolved too.

Beyond regulation and process hurdles, others in the space question whether the U.S. is actually ready for psychometric testing as a credit assessment tool.

“U.S. consumers are not going to submit to a psychometric analysis by their lender,” said Zeydoon Munir, founder and CEO of RevolutionCredit, a startup that uses behavioral data garnered from quizzes and games, in addition to traditional data, to

determine if customers qualify for certain credit products. “Who would do that?”