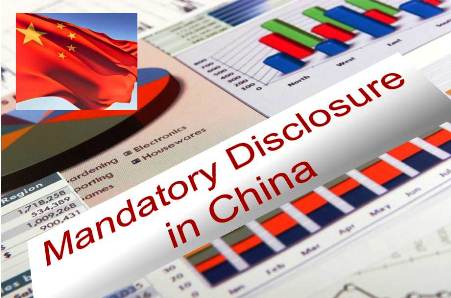 In March 2014, the State Administration for Industry and Commerce (“SAIC”) launched the National Company Credit Information System (the “NCCIS”).

This online database, once established, will bring China in line with numerous other jurisdictions in holding a wide range of publically available information on corporate enterprises registered in China.

The NCCIS is governed by the Interim Regulation on Enterprise Information Disclosure (the “Regulations”), issued on 7 August 2014 and which came into force on 1 October 2014.

The Regulations, and the NCCIS itself, have the potential to stand as a clear turning point in the transparency of corporate administration.  Not only will information be increasingly available on companies registered across China, but regulation of companies will also be visible.

Companies will be required to file annual financial statements of the preceding year between January and June.   The regulations contain the extent of information to be disclosed and additional filing requirements concerning transfer of equity, changes in shareholding etc.  Any information which is part of the disclosure requirement, but is considered a state secret must be reported to and approved by the relevant state security department or other departments dealing with confidential information.

Such a wide-ranging series of obligations will take time to implement fully, and the vast majority of information is still to be uploaded since the Regulations came into effect on 1 October, but it is foreseeable that the transparency of administrative process with regards to licensing, and punitive measures, will create a more secure and predictable corporate environment, where regional idiosyncrasies are increasingly ironed out.

With the NCCIS now launched, it will most likely take up to a year, if not more until information becomes available.  Companies and relevant other bodies may not be able to submit data on time.  Therefore the most interesting aspect will be the extent to which the government authorities are willing to implement and act on the Regulations, and consequently the extent to which this move will be seen in future as a contribution to a more transparent, accountable and stable corporate environment in China.  At least it is promising new beginning.