Could we be getting closer to a blockchain-based, central bank-backed digital currency? 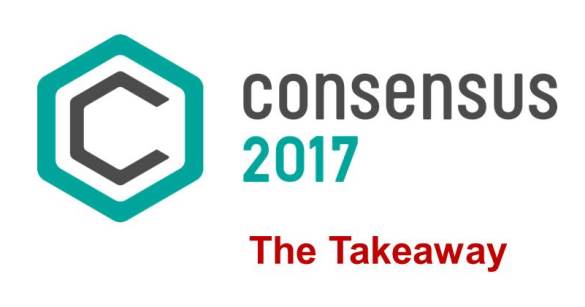 BIIA was at Consensus 2017 last week in New York.  Could we be getting closer to a blockchain-based, central bank-backed digital currency?  Yes, but not in the way most people imagine.

The combination of technology, regulation and geopolitical shifts points to the emergence of a new type of digital asset: a cross-region blockchain-based currency.  Last year, Barbadian startup Bitt announced the creation of a digital Barbadian dollar, a digital asset pegged to the value of its real-world counterpart, which could be traded on its blockchain platform. The news, while interesting, created little stir given the relatively insignificant size of the Barbados economy.

Now, however, other central banks in the region are joining the project – the platform will soon also handle Aruban florins and Bahamanian dollars.  Given that the three currencies are pegged to the US dollar (although at different rates), switching from one to the other is a simple equation.  And a smooth interchangeability would reduce friction and boost trade between the islands.

The boost is sorely needed. Caribbean economies are being hit hard by the ‘de-risking’ of commercial banks. The US State Department has identified several of the islands’ financial systems as havens for money-launderers, which increases the costs for banks maintaining branches there. Given the relatively small size of the economies, many international banks are pulling out of the region, cutting off access to foreign currencies.

This especially affects the region’s less-well-off, given their dependence on remittances, and pushes the economies into a downward spiral: the banks pull out because the islands are poor, which makes them poorer still.

At CoinDesk’s Consensus 2017 conference this past week, Ryan Peterson of the Central Bank of Aruba quantified the potential benefit:  “We did a calculation for the economy of Aruba, and this could potentially lead to a 4-5% GDP growth. Now that, for a region that hasn’t seen 0.5% growth in over two decades, is tremendous.”

As a more fluid flow of local currencies provides a welcome relief to small businesses starved of working capital, other regional central banks are likely to take note.

Of the 15 local currencies in the region, nine are pegged at a fixed rate to the US dollar, which reduces exchange friction. And with time, as people become accustomed to the ease of use of the digitized currencies, a logical step would be currency unification.

This is obviously a big step, which would require an overhaul of local financial systems as well as laws. But, as other zones that have gone through this can attest, the boost to local economies is considerable.

And the Caribbean needs the help. A lack of access to foreign exchange hits trade, which accounts for most of the region’s economic activity. In Barbados and Jamaica, for example, imports and exports are over 80% and 77% of the country’s GDP respectively (compared to less than 30% for the US).  In other words, the incentive to implement a radical change is strong, and the economic risk of not doing so is a question of survival.

The transition would be smoothed by the existence of an operating blockchain-based payment rail. Governments and users can see that it works (albeit on a relatively small scale), so the trust issues will be less difficult to overcome. And the shock to local economies will be mitigated by the long-standing exchange rate peg in most jurisdictions.

While the Caribbean economies are still largely cash-based, which could make it more difficult to change currencies, the success in other areas of demonetization initiatives and of getting entire populations to switch denominations shows that it can be done.  Furthermore, the emergence of a type of account that is easy to open and transact with, complies with anti-money laundering regulations and holds digital tokens that can be used as ‘real’ money would spread financial inclusion throughout the area. Currently, only half of the population of Latin America and the Caribbean has a bank account.

If this comes to pass, we would have yet another example of an underdeveloped region leapfrogging more developed ones in terms of financial innovation and efficiency.  And a relatively small group of sunny islands could end up showing the rest of the world the benefits that blockchain-based central bank currencies could bring.