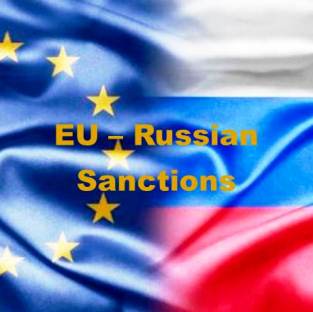 Did the sanctions give a new impulse to industry?

In spite of the sanctions war between Russia and Western countries concerning the situation in Ukraine, the dynamics of industrial production shows as good an indicator as any.  In the third quarter the growth amounted to 1,5% against 0,6% in the previous year.

The release of goods by the manufacturing industry is up 1,8%, extraction of minerals is up by 1,1%, the sphere of generation and distribution of electricity, gas and water has a positive figure now 0,4%.

The easing of the situation in industry is observed beginning from the IV quarter of the previous year. Complicated macroeconomic climate and negative external environment didn’t exert a significant impact on the positive dynamic, which in itself cannot but please. Figure.  The dynamic of the industrial production to the corresponding period of the previous year, %

In this regard, the interest is generated by the economic sectors, which were affected by the trade restrictions: Above all, the food industry and extraction of gas. However, in this case everything is not that simple. Thus, within 9 months of 2014 (to the corresponding period of 2013) the production of animal meat has grown by 11,4%, poultry meat 7,4%, sausage products 6%, cheese 10,2%, production of milk on the contrary decreased by 0,8%.

Thus, the majority of domestic companies increase the manufacture of the goods being under sanctions. The favorable trend in the market is a path to import substitution.

A significant decrease of natural gas extraction occurred as it was expected in the fuel and power industry (above all, due to the halt in gas supplies to Ukraine) by 5,4%, and oil extraction increased by 1,2%.

Regardless of the significant ruble devaluation and decline in the oil price in October-November, we expect retaining positive figures according to growth in industry on yearly results.