China Fall-out: Will Africa Suffer the Most? 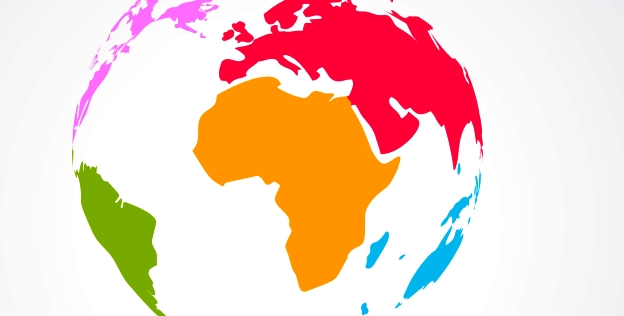 Perhaps no region of the world gets less attention year after year than Africa, but it is not for the lack of trying. Every day, some report or statement asserts that Africa will be the “next big thing.” Some have noted that this continent is young, increasingly urbanized and better educated than in the past. It has also been pointed out that Africa has more than its share of political turmoil and violence as well as corruption and incompetent leadership. These are indeed problems, but they are hardly unique in the world.

The faith in Africa’s future lays rooted in the abundance of its natural resources and the demand for this bounty in the developed world. This has often been a curse as opposed to a blessing as the majority of who seek to get hold of these resources do nothing to build the local economy, a situation that goes back to colonial development.

About 20 years ago, the Chinese began developing a keen interest in Africa. Over those two decades, the continent’s future seemed to lay with the Chinese and their insatiable demand for its abundant resources. The recent collapse of Chinese demand is taking a toll on the African states that depended on China. When the dust of the Chinese decline settles, every part of the world will suffer some damage, but the majority of it will be minor. The U.S. has already felt its worst, and things have already started to return to some semblance of normal. The Europeans may actually come out of this in better shape than they were as the consumer in Europe can certainly use those lower prices. It will be those nations that supply China that will bear the brunt.

In general, three types of relationships exist between China and African states. The most common is one in which China is only interested in the commodity or raw material it needs. There is no commitment of any kind to the region, and the country behaves exactly as the European colonialists once did. The relationship between China and the Sudan/South Sudan is one example. The only reason China is engaged with either country is oil. China extracts the oil with its own people and pays as little as it can for it. The Chinese are isolated and disengaged other than in efforts to preserve access.

The second type of engagement is when there is some mutual interaction. China still wants the raw materials and commodities, but it views the country as a market for Chinese consumer goods. Nigeria is a classic example of this relationship as the population of that country is large and wants the goods that China produces. A number of Nigerian business people are in China at any given time as they work to bolster these contacts. The Chinese are still not putting a great deal of effort into developing these states, and they do not want to see the Nigerians of the world become rivals.

The third type of interaction is perhaps the rarest, and it is one where China wants a long-term relationship with political and economic legs. Only South Africa seems to fall into that category. The Chinese want to use South Africa as a platform for Chinese expansion—both in a business sense and in a political one. The problem is that everybody else wants to get engaged with South Africa for the same reason and that makes the competition intense.

Courtesy Dr. Chris Kuehl, NACM economist and a contributing editor of BIIA  –  This article was published in a recent NACM Blog