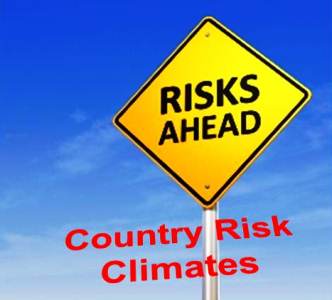 AFGHANISTAN:  A new era began for the country with the lowering of the US and British flags at Camp Leatherneck and Camp Bastion. It will be a difficult transition for the still very fragile nation, however, with the Taliban rising again and poppy cultivation having hit new highs. The US exit will be a harsh blow for the economy.

BRAZIL: The financial markets reacted quite negatively to Ms. Rousseff’s victory in the presidential run-off elections, signaling that the local business community is not at all happy with the prospect of four more years under her leadership. The first meaningful signal of her intentions will come with the choice she makes for a new Finance Minister to replace Guido Mantega.

EGYPT:  Gen. Sisi has come a long way in securing his grip on his office and the nation, with geopolitical developments playing into his hands. He has also encouraged investors and aid givers by making a start on economic reforms, and he has taken serious steps to shore up confidence and attract more venture capital from abroad.

FRANCE:  In drawing up fiscal policy for the year ahead, the government has opted to defy both EU rules and the dissidents within the ruling Socialist Party. The odds are that Pres. Hollande can reach a compromise with Brussels, but will find it more difficult to overcome political enmity at home.

INDONESIA:  The new Cabinet is not overly impressive, but it is in line with what President Joko Widodo had promised. While it is facing an economy in the midst of a slow-down, its main challenge will be to overcome resistance from the “old guard” that will confront it at every step of the way.

LEBANON:  The army has succeeded, for now, to subdue the latest outbreak of sectarian fighting in Tripoli, but the emphasis has to be on the “for now.” The influence of the Islamic State is growing and is posing an increasingly insidious threat from within. Overdue parliamentary elections will be further delayed until at least 2017.

URUGUAY:  Tabare Vasquez won last Sunday’s elections by a wide margin, but not overwhelmingly enough to avoid a second-round runoff. That will be a more closely fought contest, but Vasquez is in a strong position. He is expected to continue the policies of his predecessor, which on the whole have not been bad for business.

YEMEN:  With the US and Saudi Arabia preoccupied elsewhere, Houthis were able to take control of the capital, creating deep divisions in Yemeni society that are once again conjuring up the specter of civil war. The economy is the worse for it, since the lack of security will keep undermining reform efforts.