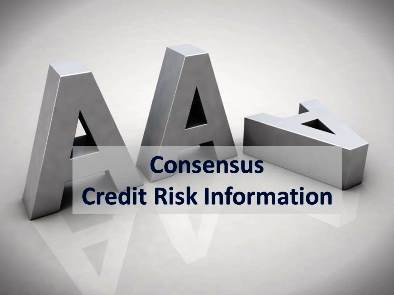 Credit Benchmark, an independent source of consensus credit risk information announces substantial new Series B funding and its expansion into the US. It also launches its service to contributing banks, with the first release of its consensus data.

The $20 million round was led by new investor Balderton Capital with participation from existing partner Index Ventures. Balderton’s investment follows a previous round of $7 million in July 2014, which Index led. It will be used to expand Credit Benchmark’s data gathering efforts with global IRB banks, extend its intelligence platform and grow its international team and presence.

Re-inventing credit risk information: Credit Benchmark brings sought-after credibility to a credit risk market renowned for opacity. By aggregating and anonymizing credit risk estimates of the world’s largest banks, the company creates consensus credit data and analysis that directly reflect the views of banks’ own risk teams. This unlocks the insight of organizations with assets in the trillions and with tens of thousands of credit analysts. The coverage includes globally systemic entities as well as deep country-specific databases.

In a recently published whitepaper on sovereign risk, Credit Benchmark demonstrated the advantages of using consensus data in credit risk management. The research highlights the differences between industry- sourced estimates and other sources of credit assessment and the predictive power of banks’ analysis.

Credit Benchmark’s contributed-data platform is tried and tested. The founders, Mark Faulkner and Donal Smith, successfully applied the model in their previous company Data Explorers, acquired by Markit in 2012. Reaching into new areas: The model allows Credit Benchmark to offer insight on a whole range of entities left uncovered by sources such as agency ratings and credit default swap prices. These include unrated sovereigns, hedge funds and unrated public and private companies.

Consensus data also offers new and differentiated insight on entities that have existing public ratings, bringing in the Street’s own perspective of credit risk. It is a valuable resource to financial institutions managing risk and capital, conducting trading and research and investing, among others. In the past year, Credit Benchmark has invested heavily to ensure the security and scalability of a platform tasked with handling the large datasets provided by contributing banks. It has also made significant progress in bringing on board new contributors from among the world’s largest banks.

Expanding platform and team internationally: Credit Benchmark also announces today the formal launch of its US presence and the appointment of Harry Chopra, formerly head of Global Sales and Client Services at S&P Capital IQ. Chopra joins Credit Benchmark as chief commercial officer, based in New York.  The company will continue to build its teams in London and New York, particularly in customer-facing and data science roles. Elly Hardwick, Credit Benchmark CEO, said: “This substantial new investment from Balderton and continued support from our partners at Index is powerful validation of our mission – and our ability – to shake up the credit ratings market. Every day we see new examples of the value Credit Benchmark consensus data offers. Our team of experts are poised to bring change to a sector ripe for disruption.”

Tim Bunting noted: “Credit Benchmark’s plan to provide transparent credit information on more than 200k companies will provide huge value to all market participants. The need for better data has never been higher. The depth and transparency of the Credit Benchmark platform is a great leap forward in the biggest financial market of all.  Balderton is very pleased to be joining the Credit Benchmark team.”