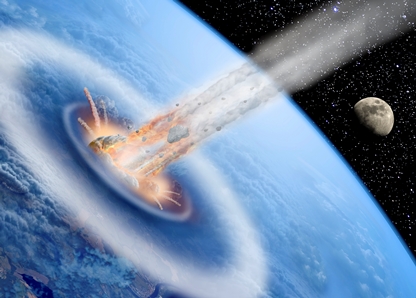 The theory of punctuated equilibrium was recently used as metaphor in a speech of what credit bureaus could expect if they did not change their business model.

Import Details: Rapid change is underway in the form of technology which, by itself, is nothing new to the credit bureau industry, having used technology to get from paper to digital, and to automated, risk predictions.  However, technology, in the form of digital payment systems and FINTECH, is unraveling the financial services industry, and credit bureaus are an integral part of the credit system.  Credit bureaus are closed user groups that pool data based on the principle of reciprocity – i.e., the requirement to contribute data and, thus, having the right to extract data. With credit transactions migrating into alternative sources of finance, the marriage between banks and credit bureaus may become unglued.  The lesser banks are involved in lending the less data will be pooled and extracted.

At the 9th World Consumer Credit Reporting Conference (Dubai, October 2014), the theory of punctuated equilibrium was used by Tony Lythgoe, a representative of the International Finance Corporation (IFC – World Bank Group) and an expert in credit reporting, as a metaphor to point that, unless credit bureaus changed their business model, their existence could be at risk.  For some in the audience, who represented credit bureaus, which were only established during the last decade, Lythgoe’s warnings were unsettling to say the least.

Punctuated equilibrium is a theory in evolutionary biology which proposes that most species will exhibit little net evolutionary change for most of their geological history.  When significant evolutionary change occurs, generally restricted to rare and rapid (on a geologic time scale) events a species splits into two distinct species, rather than one species gradually transforming into another.

Implications: The effect of FINTECH will be that banks will not play as big of a role in the future of money and lending.  Take ZestFinance, for example.  It is one of the fastest-growing financial technology companies which aims to revolutionize the way banks and other financial services companies operate.   ZestFinance uses game-changing data-mining and analytical tools to enable lenders to bypass traditional credit bureaus.  ZestFinance claims that, by using “big data” records sourced from individuals’ social network and Internet footprints, typical credit scores can end up 40 percent higher.

Banks are already fighting back by using such new tools to better predict risk, and by tapping into social media to determine what the spending aspirations are of their clients, not necessarily with the involvement of credit bureaus.  ‘Powerful analytics for everyone’, as propagated by IBM, will permit lenders and other credit grantors to gear up to do their own data-mining, and use state-of-the-art predictive analytics tools to better predict risk.

In the case of using social media data, the credit bureau industry is hamstrung.  Many credit bureaus shy away from using social media data for fear of negative fallout from privacy advocates, as it happened to Schufa, a leading German credit bureau.  Schufa launched a research project with a university to determine whether social media could be safely and responsibly sourced from the Internet, and to find out whether some conclusions can be extracted from such data. The research project drew a lot of flak from privacy advocates and political activists, causing it to be withdrawn.

Perhaps one could speculate as to whether this trend of customer-bypassing-credit-bureaus is already responsible for the retreating revenue growth rates of consumer credit information in the US.   Thus, the maxim in electronic publishing that, “in the end customers will become the largest competitors,” may come true for credit bureaus.

Last, but not least, there is the factor of regulation.  It has always been a game-changer for the industry, and life is likely to get tougher.  Efforts in the EU to tighten privacy laws could become ugly for credit bureaus if certain privacy advocates have their way.  Pooling credit data combined with credit ‘profiling’ has always been in their cross hairs.  Some members of the EU credit bureau industry feel that if certain political demands in the name of privacy will succeed, the future of the credit information industry in Europe will face huge, and probably very serious, challenges.  Malaysia and China have already tightened the noose on credit bureaus:  Licensing, inspection, penalty regimes; further restrictions in the use of data.  More countries will follow their lead.

There is also the specter of governments taking over the function of data pooling for the financial services altogether.  Central banks in many countries operate credit registers, which pool loan data of banks.  Participation is mandatory.   Not so in the UK.  The Financial Stability Board suggested to the Bank of England to create a credit register to pool lending data to improve lending in the small-business sector.  Therefore, the UK may be getting a credit register soon in addition to the well-established credit bureau sector.  An EU project is underway to link all central bank registers to provide transparency for regulators and the banking system.  Thus, with central banks ramping up credit registers, who will need credit bureaus?  Precisely such a comment was made by a Bank of France representative at an EU workshop.  Such statements may encourage privacy advocates to push governments to use the public-sector credit registries for the pooling of credit data, and not private-sector credit bureaus.  While this movement is posing a serious threat to today’s prominent credit bureaus, it is their much-needed catalyst to accelerate innovation, and explore new business models.

Author:  Joachim C Bartels, is Chairman and founder of Intrepid Explorers, Inc. (IEI).  IEI is a co-founder and co-guarantor of BIIA – Business Information Industry Association (www.biia.com) of which Bartels is Managing Director and Editor-in-Chief.

This article was published by Outsell Inc. on April 9th, 2015.  Outsell is as co-founder and a co-guarantor of BIIA.

The content of this article does not necessarily reflect the opinion of BIIA and its members. BIIA is not responsible for the use which might be made of the information contained in this article. Nothing in this article implies or expresses a warranty of any kind.