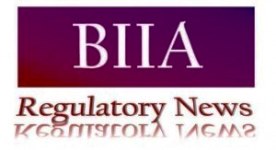 On July 10, a group of 19 US Senate Democrats, led by New Jersey Senator Cory Booker, sent a letter to CFPB Director Richard Cordray that called on the Consumer Financial Protection Bureau (CFPB) to expedite a rulemaking that would require increased reporting of data on loans made to small, minority- and women-owned businesses. In particular, Booker and his colleagues said that the lack of public data makes it difficult to gauge whether fair lending laws are being enforced and applied within the small business lending environment.

Section 1071 of the Dodd Frank Act, authorizes the agency to issue a rule that would require lenders to collect additional information from women and minority-owned small business applicants.   One problem such a rulemaking raises is that the Equal Credit Opportunity Act (ECOA) prohibits a creditor from asking questions about  race, color, religion, ethnicity or sex of an applicant. Thus, the CFPB will ultimately have to provide guidance to help resolve the conflict between these two laws.

In an April report, the CFPB said it’s considering how the bureau might work with other agencies to, in part, gain insight into existing small-business data collection efforts and possible ways to cooperate in future efforts. However, it was not included in its most recent rulemaking agenda.