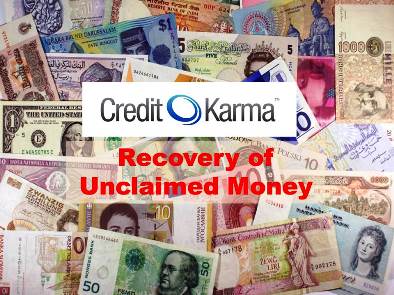 In other states, Credit Karma Unclaimed Money will direct people to the state’s unclaimed money database, where available, to search their records. The company will expand its monitoring services to more states over time.

Whether it’s an uncashed rebate, the remaining money in a closed bank account or an inheritance, many Americans don’t realize they could have as much as hundreds of dollars sitting with the state, despite states’ best efforts to return this money. According to the National Association of Unclaimed Property Administrators, there is more than $40 billion in unclaimed money, and as many as one-in-four Americans may be owed money.

“Our goal at Credit Karma has always been to help make financial progress possible for everyone,” said Bethy Hardeman, Credit Karma chief consumer advocate. “We built Unclaimed Money to help return billions of dollars of unclaimed money to Americans – without finder’s fees or charges.”

Credit Karma acquired a startup company named Claimdog in May 2016 to create the new product.