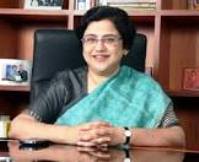 The Indian Business Standard reported that Roopa Kudva has resigned as CEO of CRISIL.  Quoting Kudva, a CRISIL statement said, “Change at the top at judicious intervals is a sound governance practice and allows companies to refresh themselves. I am committed to ensuring a smooth transition.”  Kudva would remain at the company till a successor was identified and appointed, CRISIL said. The nomination and remuneration committee of the board of directors would oversee the search, it added, without specifying a deadline.  Douglas L Peterson, chairman of CRISIL and CEO of McGraw Hill Financial, said: “We respect Roopa’s decision and appreciate that she will continue to manage the affairs of CRISIL until a successor is appointed.”

After the global financial crisis of 2007-08, she decided to aggressively pursue a diversification policy, rapidly building new income streams, to reduce dependence on the ratings business.  In September 2010, CRISIL bought First Source’s equity stake in Pipal Research, a knowledge processing outsourcing unit, for Rs 58 crore.  In 2005, S&P acquired 49.07 per cent stake in CRISIL through an open offer, becoming the majority shareholder (58.5 per cent stake). In 2013, S&P, through another open offer, raised its stake to 67 per cent.

According to the Indian Business Standard, employees at the rating agency refused to comment on whether differences with parent S&P on management and strategy had triggered the move.   A senior foreign bank executive who was earlier with CRISIL said as the rating agency had a strong culture of talent-grooming, there was a pipeline of able managers to choose from.

Editorial Comment:  The question about differences in strategy may be justified because the parent company has a new broom by the name of Neeraj Sahai, who became president of S&P last November.  The comment about the talent pool is interesting.  That may be but the head of the parent company came from Citibank, so did Sahai, thus there is a strong possibility that the next president of CRISIL may also come from Citibank.