Credit Risk Management in the UAE: The Skip Phenomenon 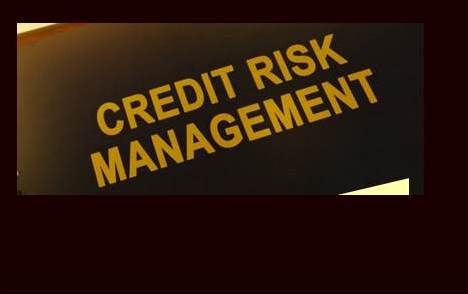 The UAE is home to over 200 nationalities and a population of 9 million people, of which approximately 75% to 85% are expatriates. The country’s cultural diversity and cosmopolitan character have been major factors in attracting expatriates as well as tourists; however, its ever-evolving population also presents a risk to the credit industry that is not common in other marketplaces – the ‘skip’ phenomenon.

‘Skippers’ are borrowers who leave the country with no intention of settling their bills or paying off their debts. This has emerged as a particular problem in countries with high expatriate workforces, including Kuwait and the UAE, where competition between banks is high and expatriate work contracts generally range from only two to three years in duration. Added to this is the UAE’s Emiratisation policy, which means that a large number of expatriates are sent home once their work contracts have expired.

This has created an environment where expatriates can gain access to high levels of credit exposure by building up a good reputation with banks over two to three years, and then increase their spending and default on their payments in the months before they leave the country.

Skippers can be identified behaviourally, as their current account will normally show a high level of spending, larger cash withdrawals, bigger purchases some time prior to skip but many smaller purchases closer to the time, as well as a reduction in the number and value of repayments on their credit cards. They may also be identified at the time of credit application, when they are likely to move to a new bank in order to minimise their traceability and increase their credit exposure. This behaviour normally occurs during the three to nine months before the skip.

To combat this phenomenon, banks have traditionally used employee end of service benefits as security, or received a guaranteed cheque from the client to cover the amount of credit exposure they receive. Both methods have proven fruitless, as the end of service benefit is generally insufficient to cover the debt and many skippers leave the country before their cheque is presented for payment.

A more robust approach would be to develop a model that strengthens the bank’s predictive powers by combining behavioural and transactional data with other demographic information. It is essential to predict the lead time for a potential skip and in this respect it is fortunate that the majority of skippers exhibit major behaviour changes well in advance. Banks must also work to use behaviour scorecards and skip scorecards in conjunction, rather than in isolation, as together they can identify potential skippers more effectively.

With such a model in place, banks can take actions to reduce the impact of potential skippers. With sufficient lead time, banks can confirm the end of work contract date and reduce exposure to the client as it approaches; verify the details of the client in their home country to reduce the tracing effort; reduce the client’s credit limit to 105% of the outstanding balance; exclude the client from any credit limit increases; and limit the oversell allowed on their credit card. If a potential skipper applies for new products, an analysis should also be conducted using the application scorecard, behaviour scorecard, skip scorecard and/or credit card scorecard to develop a multiple odds matrix that enables smarter decisions.

Every credit grantor realises the importance of identifying skip behaviour, as skips account for almost 50% of bad debt at some credit grantors. This can be reduced by implementing effective methods and models to identify skips in advance. With the aid of account origination tools and account segmentation tools, the power of a skip scorecard can also be integrated into the complete credit life cycle of any risk product. The ability to assess clients in terms of their risk of skipping is a critical component of risk-mitigation strategies going forward, particularly in the Gulf region. September 2017

Editorial Comment:  An alternative solution is to link Immigration Authorities to the Credit Bureau.  Exit should be denied unless debt obligations have been settled upon departure, or sufficient escrow is available in case of a debtor not returning.