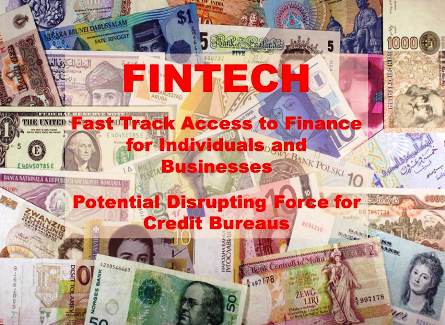 Digital credit marketplace CreditMantri is venturing into the B2B space by launching a new technology tool for banks to evaluate the creditworthiness of borrowers.  The yet to be launched profiling engine gives banks a deeper understanding of the risk profile of borrowers that do not have a formal credit score, according to Ranjit Punja, co-founder & CEO of CreditMantri Finserv Pvt Ltd.

Today, most lenders depend on a person’s score or credit history from India’s leading credit bureaus in deciding whether a request for credit should be approved.  For example CIBIL scores range from 300 to 900, and statistics show that almost 60 per cent of loans go to those with a score above 750.  Individual customers, who have not taken a loan or applied for credit card from formal banking channels, would not have a credit score. “Mainstream banks find it difficult to lend to such individuals,” Punja said.  “CreditMantri’s profiling tool gives an alternative method for banks to map such customers on the basis of their bank statements, social data or any other relevant information that the borrower provides,”  Punja told Techcircle.in in a recent interview.

The startup had already made presentations to a handful of banks for this tool, which will be launched next week.  Founded by three former Citibank executives – R Sudarshan, Gowri Mukherjee and Punja, CreditMantri is an online platform that helps customers make better borrowing decisions

The startup helps users to understand their credit scores, learn how credit health can be improved, resolve past issues, reduce current borrowing costs and discover products matched to their credit profile. It has tie ups with 17 lenders.

CreditMantri secured $2.5 million (approximately about Rs 16 crore) in Series A funding from IDG Ventures India, ElevarEquity and AccionVenture Lab, six months ago.  “The funding enabled us to scale up and build a team,” Punja said, adding that the startup will look at a larger round in the next 6-12 months.

CreditMantri’s model is similar to that of Credit Karma, a US-based credit and financial management platform, which is presently valued at about $3.5 billion. Credit Karma has a user base of over four million.

CreditMantri is adding 35,000 new users every month. “Our ultimate aim is to have one million registrations on the website in 2-3 years,” Punja added.

CreditMantri would broadly compete with startups such as BankBazaar, PolicyBazaar, Loancircle.in, Loanbaba and other players.

India’s fin-tech space has become a preferred one for venture capitalists and young entrepreneurs. There is heightened investor interest in this sector as several startups are using technology to disrupt the country’s current systems of lending, borrowing, personal finance and financial inclusion.

Editorial Comment:  This is another example of how FinTech companies are disrupting the banking and credit bureau sector.  We recommend to read also the following articles published recently by BIIA: