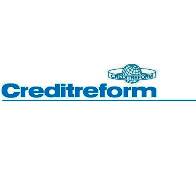 Uwe von Padberg, President of Creditreform stated that Creditreform’s business is characteristically stable, notwithstanding the general economic volatility.  During the past 10 years its revenues have grown at a steady pace by Euro 130 million, while experiencing a boom and bust cycle during that period.  The results reflects the solidity of the Creditreform Group as a trustworthy supplier of critical information services.