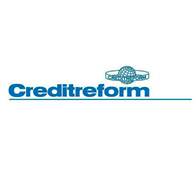 Unfortunately Creditreform no longer provides a revenue breakdown for its subsidiaries.   Without a breakdown of its services it is difficult to determine which services grew and which are responsible for the decline in revenues.  Creditreform has not shown any material growth in its core businesses during the past three years.  It seems to suffer from the commercial credit information ‘blues’ like its contemporary competitors.

Commercial credit reporting, which usually accounts for approximately 45% of total revenues seems to experience a shift from traditional credit reports to monitoring services.  Monitoring services grew by 38% but seem not to have any material impact on overall growth rates.  It scantly mentioned its Online-shop for marketing data and its Compliance unit.   The consumer credit information business ‘Boniversum’ enjoyed record demand in inquiries (2 million during the last quarter of 2013) driven by e-commerce business.  A similar trend is being noticed in the debt collection business (estimate to be approximately 45 – 50% of total revenues).  Creditreform Rating AG (SME ratings) continues to be the market leader in Germany (71.7% of issues).

Creditreform International is counting on its international franchisees to build databases and making them available online.  The German export industry continues to require accurate and timely information and thus the demand for data on foreign risks should convert into more business from its German clients.   Since the beginning of 2014 credit information solutions are available online from Switzerland, Netherlands, France and Great Britain.  Denmark and Sweden followed in February.  By mid-2015 credit information from other countries should be available online.  In March 2013 the Russian Database was enlarged to 6.5 million records.  Creditreform China reports it has now 18 million company records in its database, claiming to be the largest data base of its kind in China.

Christian Wolfram was elected President and Chairman of the Board of the Verband der Vereine Creditreform.