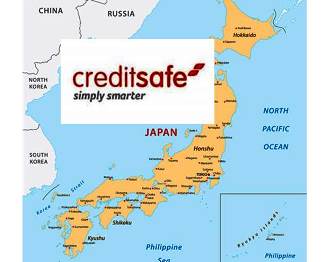 Creditsafe, one of the world’s most-used supplier of online company credit reports, announced it has expanded its operations into Asia. Headquartered in Tokyo with operations based in Fukuoka, this marks the Company’s first office in Asia and its 18th globally.

“As we continue to expand our operations globally, it was absolutely essential we establish a strong foothold in Asia,” said Matthew Debbage, CEO of Creditsafe USA and Asia. “After researching the market in detail and coming to understand the many differences, we decided strategically it made the most sense to launch our operations initially in Japan which is the second largest market for business credit reports in the world after the USA. It is in many ways an old fashioned market that is ready to benefit from the high data quality easy to use great value Creditsafe offering. We expect to have over 300 employees in our Fukuoka office by the end of 2017. And in the future, we hope to build on our success and are looking to expand further in the region.”

As well as establishing its own operation in Japan itself, Creditsafe has also expanded the reach of its global database to include information on over 12 million publicly traded and privately-held Japanese companies. This announcement comes on the heels of Creditsafe’s announcement earlier this week on the expansion of its global database by 21%. With the addition of Japan, as well as the previously announced 18 additional countries across Europe and Asia to its worldwide platform, Creditsafe’s database now contains vital business intelligence metrics on more than 230 million companies worldwide.

“We are looking to disrupt and ultimately control the business credit information arena in Japan. We’ve done it across Europe and are already doing it here in the US,” said Debbage. “The industry in Japan has been a staid duopoly marketplace for way too long which ultimately restricts opportunity and choice for Japanese businesses. It’s about time someone came in and changed that.”

Creditsafe’s global database is one of the most rapidly expanding in the industry and also one of the most comprehensive. Each day over 200,000 users around the world leverage the company’s database to gather vital business intelligence. The Creditsafe database is updated over one million times a day with information gathered from thousands of sources. In 99.9% of the time, international reports requested by customers are delivered instantly to them on-line.