Creditsafe Expands in the US 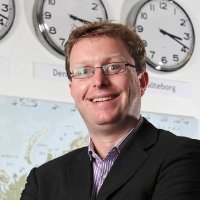 Creditsafe employs 150 at its Allentown, PA location and plans to hire an additional 250 employees from the area over the next three years. Matthew Debbage, president of Creditsafe’s American and Asia-Pacific Operations, said 90 percent of the planned employment growth will consist of sales positions.

“We’re recruiting people with the right attitude and then we will train them for skills and then they have so many other avenues they can go into within the sales facility,” Debbage said.

Debbage said the business credit report industry is worth $1 billion in the United States. On a worldwide scale, he said Creditsafe, which has 12 global office locations, exists in 75 percent of the markets and has a 4.4 percent market share. But, Debbage said, “We’re growing by 20 percent every year.”

About two years after opening its South Whitehall office, Creditsafe opened its second U.S. office near Phoenix, Ariz. In mid-December, Creditsafe announced it launched a database for the Mexican marketplace and also will be expanding into Asia this year.

To read the full report and listen to the interview with Matthew Debbage click on the link below.