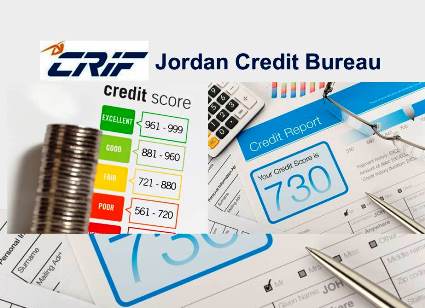 To support local economic growth, the first full-fledged credit bureau in Jordan, developed by CRIF, is expected to be up and running by the end of 2015.  In particular, it will bridge the gap in credit demand in the country, extend it to more segments of society, as well as further support the growth of loans and mortgages.

The credit bureau, compliant with international quality standards, will manage positive and negative credit information sent by Jordan institutions through an advanced technology platform, which will integrate all data on the reliability of a credit applicant into a single report.

As a consequence, comprehensive and updated credit information could facilitate lenders in screening and monitoring borrowers, enabling them to check the ability to pay back a loan and avoid over-indebtedness by adopting a risk-based pricing policy as well as promote a more responsible lending approach.
These are the main drivers behind the tender issued by the Central Bank of Jordan, with the strong backing of the local banking association, lending organizations and the Government.

After obtaining the principle license to establish a world-class credit bureau in Jordan in March 2015, CRIF is now performing an accurate assessment phase to progress with the project, and putting in place all necessary resources to carefully follow every phase and ensure the agreed deadline will be met. CRIF has already obtained a provisional license, and the permanent license application is in progress.

CRIF has also established a joint working group with Arab Bank, Housing Bank, Etihad Bank, Capital Bank, Jordan Dubai Islamic Bank and Umniah to start the project assessment phase. This phase has culminated with the analysis of the data contribution scheme, and with a system test phase for information flows and processes fine tuning. Based on the output, CRIF is defining and sharing technical specifications with the credit bureau’s members and organize specific user training for the finance and non-finance organizations involved in the project.  Afterwards credit providers will shape internal processes, procedures, IT infrastructures and resources to be able to contribute historical and recent credit information by the end of the year when the system will go live, maximizing the usage of the credit bureau.

“CRIF’s experience in both starting up, operating and managing credit bureaus in several countries worldwide will be invaluable in providing the Jordan market with a world-class credit bureau, localized for the needs of the local players and the specific regulatory framework”, explained Ahmad Amoudi, General Manager at CRIF Jordan. “To show our commitment, CRIF became the major shareholder, acquiring 76% of shares in the Jordan credit bureau, and opened a representative office based in Amman to guarantee a local presence and a dedicated team of experts working on the project”.

Economic Backdrop:   Looking at Jordan’s credit sector, the microfinance (MFI) market accounts for about 185,000 loans per year, with an annual growth of 20%. The economy is growing at a very high rate and this is expected to reach 4.5% in 2017. In addition, the inflation rate, still in the mid-single digit range, is expected to fall in the coming years.

Compared to developed credit markets, where consumer credit applications to the banking system account for on average one third of the population on an annual basis, in Jordan this figure could increase to 40-50% considering all the eligible credit providers, which include lending institutions, banks, microfinance organizations, telcos, insurance companies and retailers.