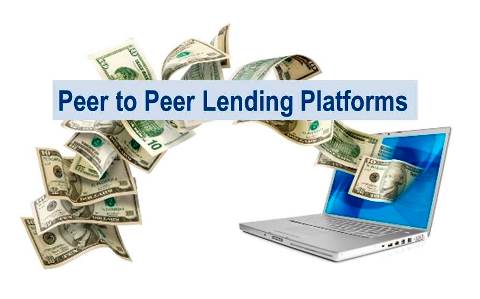 Peer-to-peer lending – or in other words, the direct offer of credit, without intermediaries, online by potential investors to individuals and companies interested in receiving financing – is seeing a rapid expansion on a global scale. So much so that in 2014, the overall volume of resources exchanged was 11 billion dollars, representing over two-thirds of the total of so-called ‘crowdfunding’ activities.

There was more than a 100% growth compared to 2013 (with a variation of +140% in the USA and Europe and +300% in Asia), and in 2015 volumes are expected to triple, reaching 34 billion dollars.   These are the main findings from the “Peer-to-peer lending: myth of reality?” research, commissioned by CRIF from SDA Bocconi.  This is the first research project in Italy dedicated to this new form of funding, where the lender expects a higher remuneration than from traditional investments, while ensuring a sufficient level of diversification.

Evolution of funding composition for the crowdfunding model Specifically the study looked at the development of lending-based funding in the years 2007-2014. Within this period, volumes grew over 40 times compared to the situation in 2007. At the same time, the percentage of application approvals increased significantly, going from around 10% in 2007 to 15%, as did the average total number of applications

Additional aspects investigated in the study included interest rates applied on a global level and risk of loans granted through P2P lending.

In particular, international experience shows the need to correctly price credit: overall the average rates applied to performing customers (13%) are significantly lower than those for customers who retrospectively were found to be insolvent.

A significant improvement in the quality of granted credit was also observed: the probability of default, calculated by considering only impaired and non-performing loans, significantly decreased over time, going from 18% in 2007 to less than 9% in 2014.

Peer-To-Peer Lending In Italy
The research then looked in-depth at peer-to-peer lending in Italy, showing how, although the propensity to turn to this model of crowdfunding is still modest, there are signs of potential interest from more dynamic segments of the population.  In this regard, the study tried to trace the profile of Italians who are potential users of P2P lending and who more inclined to borrow capital through this form of funding.

Clearly the premise is to reach a sufficient level of trust between the parties to enable a financial exchange, which is anything but certain or automatic. The scenario is one of a profound change in the relationships between people who increasingly work on the Internet. However, it is observed that when talking about money, behavior tends to be highly conservative and still marked by great caution.

Overall, subjects interested in peer-to-peer lending (both lending and borrowing) are generally critical of the banking system, even if they have never had any specific problems with their own bank. At the same time, however, only around half of those interviewed stated that they have a minimum level of confidence in this funding channel.

More than two-thirds of those interviewed showed little or no interest in either lending or borrowing with P2P. However, some segments of the population have a decisively higher propensity.

The potential users of P2P lending are mainly men with medium-high educational qualifications. Furthermore, these are subjects that are keen to minimize financing costs, with a higher risk propensity, who do not have a high level of trust in the traditional lending system or positive experiences with the bank that currently provides their credit, investment and payment services. On the other hand, interest in this form of financing is not influenced by trust in others.

Overall, the frequent use of the Internet by those interviewed positively influences their propensity to consider P2P lending as a possible alternative method of funding; in particular, subjects that actively buy or sell on e-commerce sites or who are very active on social networks are more incentivized to consider this solution.

The typical profile of subjects potentially interest in lending capital through P2P lending is, on the other hand, a young to middle-aged man belonging to an average-large household.

The research shows lower propensity to invest in the instrument by subjects who are the main source of income in the household, possibly also as a function of the greater financial requirements of the household and/or the unsustainability of the risk related to the investment project.

Finally, the attitude to peer-to-peer investment is influenced by behavioral variables including prior lending experience, risk propensity, trust in others and trust in their own bank.

Experience gained on the Internet both in terms of financial products, e-commerce, and the level of activity on social networks, on the other hand, does not help outline the characteristics of a potential P2P investor more clearly.

“In Italy, peer-to-peer lending is an industry which, due to its small size and recent nature, is trying to find its own space in the market,” commented Simone Capecchi, Sales & Marketing Director at CRIF. “Although it is in its early stages, it could undoubtedly gain momentum from developments in the regulatory framework, in particular the definition of subjects that manage portals who, faced with a broadening of the market, could stimulate demand as well as supply.”

“In terms of the future, it is considered that traditional money intermediation is the foundation of commercial banking activities, and its potential erosion could have limited direct effects on financial results,” concluded Capecchi. “The development of new models such as P2P lending could, however, have significant consequences for the entire financial intermediation model.”