Cyber Attacks On Business Are Surging 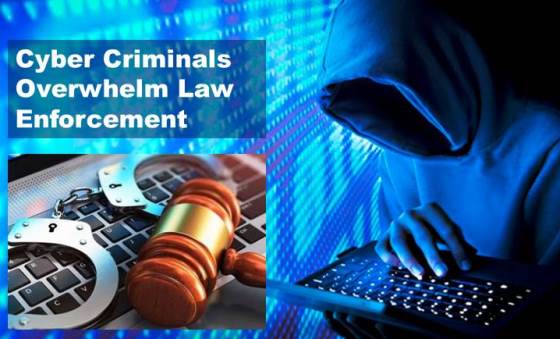 Cybercrime is now the fastest growing area of global crime and instead of individuals and a few small groups of hackers committing crimes the cyber-criminal groups have now significantly grown and are very similar in size, sophistication and process to larger traditional business models.

Cybercrime has hit business with enormous and increasing costs. This has been significant as cyber criminals have learnt from their own history and are now far more effective in their attack and steal processes. Many of the cyber-criminal groups are organising themselves along more traditional business processes and are improving their criminal effectiveness. In the UK 65% of large firms realised that they had been cyber breached and attacked in 2018 and ransomware has become more common as a method criminal profit. 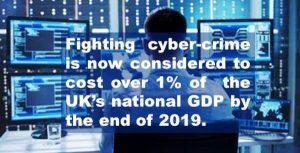 2018 also saw a massive increase in global cybercrime with Interpol reporting that it now runs in the billions of dollars.

The crimes themselves have not changed dramatically as the criminals are still taking money from stealing fraud, theft, gambling and illegal drug and fake medicine sales but the expansion of the criminal activity to cyber-crime is far more effective and profitable for criminal business in general.

The UK’s Office for National Statistics (ONS) said in 2018 that computer misuse and malware against business was significantly increasing and was up 63% in a year. The UK’s National Cyber Security Centre (NCSC) which is part of GCHQ has said that cybercrime has now reached its highest level to date and is asking all governments to advise all business to improve their cyber-security standards and actions.

The UK has made some progress but more police training is required as cyber-crime is now considered cost over 1% of  national GDP by the end of 2019.

One of the current problems other than a lack of real cyber training for all police officers is that many businesses are still not reporting cyber-attacks as they are concerned about the public relations effects.

Cisco now has a contract to train 120k police officers in the UK on cyber security however it is still the case that trying to report a cyber-crime to the police in the UK is not easy and it often means that they send victims who have had their bank accounts robbed are sent by the police back to their bank rather than the police dealing with the crime.

The problem for the police is that they are already overstretched with the numbers of police at its lowest level since 1981 and the numbers continue to fall and so there is no capacity within the forces to spend the necessary time, money and energy on cybercrime.