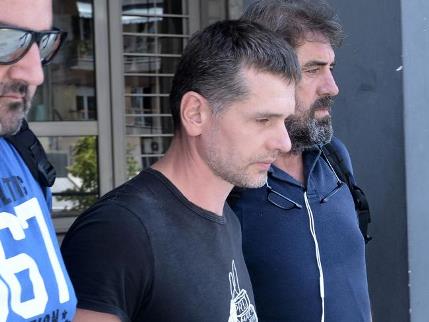 Who can you believe????  In following up on our story of earlier today we discovered the following announcement of BTC-e

Recently, BTC-e’s domain went down and, shortly before, news of 38-year-old Alexander Vinnik’s arrest in Greece for laundering $4 billion of ill-gotten bitcoins broke. After putting the pieces together, and having suspicions confirmed by news outlets, the cryptocurrency community started to believe that Vinnik was BTC-e’s admin. A new forum post published by BTC-e rebuts Vinnik’s role in the exchange, and promises users their funds back.

Vinnik was often seen as a “BTC-e operator”, and was even described as such in the Department of Justice’s (DOJ) charges against him. The Russian national is accused of laundering the funds through BTC-e, which according to reports included over 300,000 bitcoins stolen from Mt Gox.

Backing up the theory was the fact that BTC-e’s domain has been seized by authorities, as accessing its website shows us the image below. Moreover, Vinnik was charged by a U.S. grand jury, and BTC-e was given a $110 million fine from the Financial Crimes Enforcement Network (FinCEN).

Things added up: BTC-e’s domain went down, its domain was seized, and its supposed admin was arrested. As such, users started to believe their funds had also been seized by authorities and, as a response, a petition on change.org was created, so innocent BTC-e users could have their money back. So far, BTC-e’s response to the whole situation were tweets about the current status of their website, before it was seized. Now, the exchange has published an update in Russian on the Bitcointalk forum, that was also tweeted out on its official account, giving users a few insights on what happened so far.

According to BTC-e, the exchange’s data center was raided by the Federal Bureau of Investigation (FBI) on July 25. At the time, the FBI “seized all equipment, the servers contained databases and purses of our service.”

The exchange claims it didn’t update users until now because it was waiting for a response from its hosting provider, and according to its post part of its service is now under the FBI’s hands. The post adds that in the next two weeks updates on the exchange’s options to come back to life, and on how to restore customer funds if it is unable to do so, will come. It reads:

In the current situation, if the service is not started before the end of August, then from September 1 we will start the process of refund. In the next 1-2 weeks, we will evaluate and publish information about how much money fell into the hands of the FBI and what amount of funds is available for return.

The post ends by stating that BTC-e always functioned on trust, and that “funds will be returned to everyone.” Near the end, it adds a note on Alexander Vinnik’s arrest, stating that the Russian “was never the head” of BTC-e, nor was it even employed at the exchange.

Various users started asking the exchange questions, hoping the admin behind the account will be able to answer them and give them as much information as possible. Various users noted that millions of dollars worth of bitcoin and ethereum have been moved from addresses believed to belong to BTC-e, possibly meaning that the exchange safeguarded funds, or that they were seized by authorities. Nonetheless, the exchange’s words were clear: For all those who buried us, I will remind you that the service has always worked on trust and we are ready to answer for it. The funds will be returned to everyone!  [Let’s see whether this holds true]