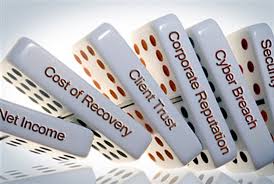 As the legal troubles for the US restaurant chain P.F. Chang’s kept piling up over the cyber breach discovered this summer affecting 33 of its locations, its legal team tried an insurance tactic that many enterprises try after a breach.  It filed a claim for coverage under its comprehensive general liability (CGL) policy. But a lawsuit filed earlier this month from its general liability insurer, Travelers Insurance, offers a good lesson to organizations on why this ploy rarely works. Travelers asked the US District Court in Connecticut to clear it of any obligation to defend or indemnify the restaurant company during breach litigation. Its argument to the court: that not only is a breach like this not covered in its general policy definitions, but that even if it were, the restaurant company hadn’t met a $250,000 basement floor limit up to which the firm needed to self-insure for covered events.

According to a number of legal and insurance experts, the case is about as open and shut as it gets for Travelers. “The likelihood that PF Chang’s would prevail seems quite slim,” says Francoise Gilbert, an attorney with Palo Alto-based IT Law Group.

That’s because this is hardly the first time that the cyber mettle of CGLs has been tested in court. Dating back to Sony Entertainment’s case against its CGL insurer Zurich American in 2011, the rulings have been pretty clear that cyber incidents are rarely on the table for coverage under general liability policies. Unfortunately, misconceptions by enterprise IT risk managers about the insurance industry are still prevalent, in spite of a rapidly maturing cyber insurance market. According to Carey, the assumption that a CGL will transfer breach risks to an insurance company is a prevalent one.

“This is a mistake many companies are making. Many business owners assume their current insurance, including CGL, covers cyber, but it often does not,” says Carey, who offers a pretty simple rule of thumb: “If you are not sure your business is covered for cyber, it probably is not.” darkreading