Cyber Security: Healthcare Suffers From a Lack of Security Awareness 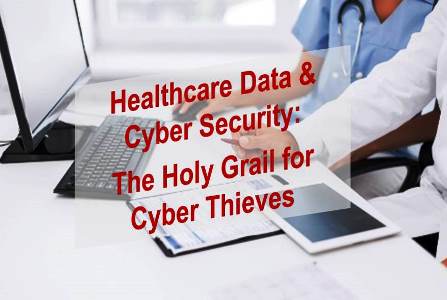 Healthcare organizations have suffered 22 major data breaches in the past year, resulting in the exposure of millions of patient information, a new study shows.

Network security, IP reputation, and patching cadence are among healthcare’s biggest struggles, the study found. Seventy percent of health insurance providers are not adequately protecting patient information, and 63% of the 27 largest US hospitals received a C or lower in Patching Cadence, as they don’t fix bugs in their software. More than 75% of the industry suffered malware infections.

“The greatest security threat comes in the form of malware that will take data and provide access to database resources,” says Alex Heid, chief research officer at SecurityScorecard.   Healthcare also suffers from a security awareness problem among users.

“We found a significant correlation between malware infections, and security awareness and social engineering of employees within enterprises,” says Heid. Combined with high amounts of vulnerable endpoints, including web browsers and operating systems, this leads to a spike in malware from healthcare organizations.

Healthcare is a target for exploitation because its businesses are sitting on the same data financial companies collect, Heid explains. This includes full names, dates of birth, social security numbers, and other information that can be used for identity theft.  However, healthcare providers don’t have the same protection as financial institutions, he continues. The purpose of banks is to transfer and protect finances, as well as the technology to support them.

Healthcare companies are focused on human health and healing, and ensuring their services are operational to provide medical care. They weren’t thinking about security difficulties because they hadn’t happened yet, he continues. “Now, they have to learn by getting scratched.”

“There’s a need to balance security and functionality that has been difficult for the healthcare industry,” he says. “The security aspect has always taken a backseat because it was never considered to be as large of a target as it has become.”

How Healthcare Orgs Get Hit?

A common way for malware to enter organisations is through employees who engage with suspicious websites from work, using their corporate email addresses. These may include adult online dating sites or webpages promising opportunities to make money from home.

While this trend spans all industries, Heid notes in healthcare there is a correlation between malware and high numbers of employees entering information on these websites from work computers. This is a sign of poor security awareness; workers who interact with these sites are also likely to open potentially malicious email attachments.

The study also sheds light on the growing risk of network-connected devices, aka IoT: wireless medical devices and tablets, for example. New hardware has enabled medical advancements and benefited hospitals and patients, but quick deployment has resulted in weak security.

Another security challenge for healthcare organisations is updating legacy Web applications. Many insurance companies and healthcare providers have merged or been acquired, and their old networks and infrastructure have been grandfathered in.

This heightens security risk, says Heid, as many companies are still using legacy Web apps that are over ten years old, and have been fixed with band-aids over the years. Now, they need a full overhaul.  Heid says healthcare organisations must patch their systems, run up-to-date endpoint software, and conduct continuous monitoring and vulnerability assessments to understand where the weak points are.  Going forward, the healthcare industry will continue to experience myriad security problems: new hacked databases from third-party providers will circulate; new medical devices will enter the market.  However, healthcare organisations are becoming more security-savvy, he says. “Healthcare businesses and their leadership are definitely starting to pay attention,” he says. “Nobody wants to be the next headline.”