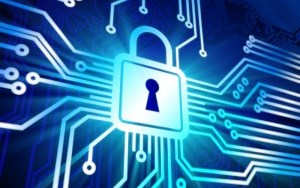 Darktrace claims to be a world leader in enterprise immune system technology.  The Cambridge-based Darktrace aims to combat sophisticated cyber-attacks with software that learns the behavioral patterns of every device, user and network within an organisation. When unusual activity is detected, the Darktrace software alerts human cybersecurity experts.

US venture capital firm Summit has invested $22.5m in the business, just months after Darktrace was valued at $80m in a previous fundraising which included Lynch’s venture fund Invoke Capital.  Others involved in the prior round, which concluded in March and raised $18m to help Darktrace expand in the Asia-Pacific region, included Talis Capital and Hoxton Ventures.

“Darktrace is reinventing the way organisations protect their data and assets, with a truly differentiated solution developed by some of the leading minds in machine learning and mathematics,” said Antony Clavel, a vice president at Summit Partners. “Darktrace’s … technology responds to an urgent need for more advanced cybersecurity, given the volume and complexity of today’s cyber-threats.”

The startup’s success is good news for Lynch, who is seeking to revive his reputation as Britain’s answer to Bill Gates after the sale of his corporate search software firm, Autonomy, turned sour. As well as being an early backer, Lynch sits on the Darktrace advisory board, alongside Lord Evans, who was director general of MI5 from 2007 to 2013 and spent 33 years at the UK’s internal security agency.

Also on the Darktrace board is Andy France, former head of defence at GCHQ, Britain’s cybersecurity agency, who was chief executive of the company for a year before being replaced by Nicole Eagan, a former chief marketing officer at Autonomy.  A 17-year veteran of the America’s National Security Agency, Jim Penrose, runs Darktrace’s US operations, which launched in January.

Darktrace’s technology is based on mathematical research carried out at Cambridge University. Instead of trying to create a defensive wall around an organisation,  Darktrace employs the principles of espionage to uncover the activities of hackers as they occur. The software also plants “honeypots” in networks that allow it to detect and monitor intruders.

France has described Darktrace as a “groundbreaking, gear-shift moment”, saying last year: “The traditional cybersecurity industry have all got hammers and they’re all looking for nails to hit. That just doesn’t work in 2014”.  Darktrace’s chief executive, Nicole Eagan, said of Summit’s investment: “This is yet another validation of our machine learning and mathematics approach, and will enable us to maintain a fast pace of innovation.”

Background on Autonomy: It was bought by Californian computing giant Hewlett-Packard in 2011, but Lynch left HP the following year after an acrimonious split over the $11bn deal.  The US company subsequently took a massive write-down on the purchase, accusing Lynch and his former finance director, Sushovan Hussain, of using accounting tricks to artificially inflate Autonomy’s value. HP is now suing Lynch and Hussain for more than $5bn. Lynch has said he will launch a counterclaim.  Darktrace became the first publicly announced investment for Lynch’s Invoke Capital, which was launched after his departure from HP. Eagan, who had left Autonomy and joined Lynch at Invoke, stepped in as chief executive to replace France last year. Several other Darktrace employees worked at Autonomy, including chief technology officer Jack Stockdale and chief financial officer Poppy Gustafsson.