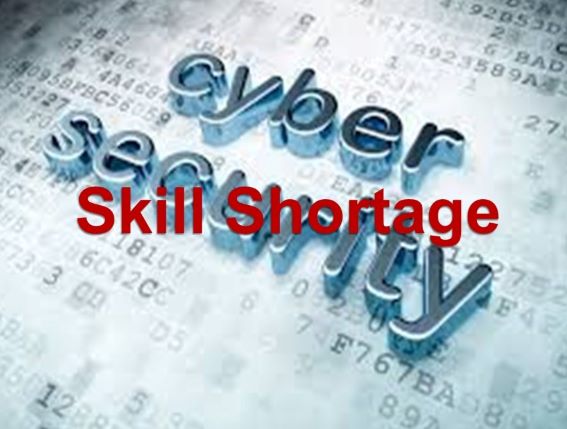 There is a serious shortage of cybersecurity professionals and the gap is expected to lead to at least three and a half million jobs being vacant within the next year according to the experts at Cybersecurity Ventures – an increase of 2.5 million since 2014.

This cyber employment figure has been validated by hundreds of media outlets, including the world’s largest, as well as industry associations, universities, governments, vendors, recruitment firms, and security experts. According to (ISC2) there are currently nearly 3 million unfilled cybersecurity jobs worldwide and employees who take on these roles play a key role in the enterprise.

Data breaches can cause devastating financial losses and affect an organisation’s reputation for years. From lost business to regulatory fines and remediation costs, data breaches have far reaching consequences. The annual Cost of a Data Breach Report, conducted by the Ponemon Institute and sponsored by IBM Security, analyzes data breach costs reported by 507 organisations across 16 geographies and 17 industries. They found  the average cost of a data breach worldwide is about $3.62 million.

If you are interested in pursuing a career in cybersecurity and don’t know where to start, here’s your go-to guide to salaries, job markets, skills, and common interview questions in the field.

Why is there an increased demand for cybersecurity professionals?

Cybercrime has exploded in the past couple of years, with major ransomware attacks such as WannaCry and Petya putting enterprises’ data at risk. The rise of the Internet of Things (IoT) has also opened up new threats. To protect their information and that of their clients, companies across all industries are seeking cybersecurity professionals to secure their networks.

Cybersecurity remains a relatively new field compared to other computer sciences, so a lack of awareness is part of the reason for the talent shortage, according to Lauren Heyndrickx, CISO at JCPenney. Misconceptions about what a cybersecurity job actually entails are common, and might be part of the reason few women and minorities go into the field, she added.

Women now make up 24% of the cybersecurity workforce, and 45% of those women are millennials, according to an and it’s likely that these numbers will continue to grow over time.

A job in cybersecurity can also command a high paycheck: The average salary for an information security analyst in the US is $98,350, according to the US Bureau of Labour Statistics and it’s significantly higher in cities such as San Francisco and New York.

The shortage of trained cybersecurity professionals has led many organisations to seek other non-traditional candidates to fill these roles. To help those interested in the field better understand how to break into a career in cybersecurity, we’ve pulled together the most important details and resources.