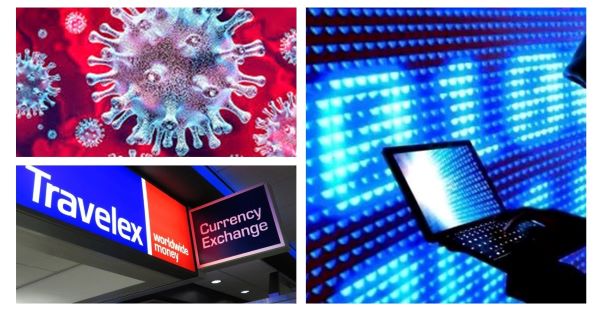 Travelex was held to ransom by hackers in January after the cyber-attack forced it to turn off its systems.  The missing travelling public at airports compounded Travelex’s problems.

Ransomware victim Travelex has been forced into administration with the loss of more than 1,300 jobs in the UK.  The accounting firm PwC has announced that it had been appointed join administrators of the currency exchange business and has said a cyber-attack followed by the Covid-19 crisis had “acutely” hit the firm.

The Travelex Group was the global market leader in cash foreign exchange services. It traded in over 80 currencies and operates in more than 50 countries, both online and through a network of over 1,000 stores including major airports, with more than 1,000 ATMs around the world.

The impact of a cyber-attack and the ongoing Covid-19 pandemic this year has acutely impacted the business. Despite operating over 1000 ATMs and 1000+ stores globally, and providing services for banks, supermarkets and travel agencies in over 60 countries, the firm was forced to cut over 1300 jobs as part of the restructuring.

It is unclear exactly how much these mistakes ended up costing the firm although reports suggested that the criminal REvil gang was demanding a $6m (£4.6m) ransom in return for the decryption key and deletion of stolen customer data. ​When the attacks happened hackers were holding Travelex to ransom after the cyber attack forced the firm to turn off all computer systems and resort to manual systems using pen and paper.

Parent company Finablr has said that a combination of the cyber-attack and the hit to business from COVID-19 was predicted to cost the firm £25m in Q1 2020, although it also claimed that cyber-insurance would cover a large part of its outgoings. PwC remained upbeat about the future of the company, following its £84 million restructuring. The administrators will be writing to creditors in the next few weeks to provide further information on the restructuring and the impact on creditors