Cybercrime: Companies Should ‘Take the Fight to Criminals’ 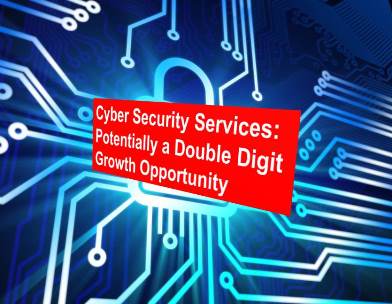 Firms must “take the fight to the criminals” to prevent a rising tide of cyber-attacks by sophisticated organised crime gangs.

In a joint report, telecoms group BT and consulting firm KPMG called on companies to address the “industrialisation of cybercrime”, warning against the danger of overplaying the more high-profile threat of lone hackers.

The report warns that today’s cybercriminal often works for complex operations akin to businesses, with human resources divisions and budgets for research and development.

Some are so sophisticated that they are able to hijack senior executives’ email accounts and fake correspondence to convince junior company employees to approve transactions. In one such case, the scam led to one company agreeing to pay out $18.5m (£13.9m) to criminals in the Asia-Pacific region, BT and KPMG said, without identifying the company.

Businesses must work with law enforcement against such operations, the report said, and should consider launching their own pre-emptive attacks against cybercrime networks. Mark Hughes, chief executive of cybercrime at BT, said it was vital that companies “take the fight to the criminals”. “The industry is now in an arms race with professional criminal gangs and state entities with sophisticated tradecraft,” he said. “The twenty-first century cybercriminal is a ruthless and efficient entrepreneur supported by a highly developed and rapidly evolving black market. Businesses need to not only defend against cyber-attacks but also disrupt the criminal organisations that launch those attacks.” But Hughes said the industry’s efforts to tackle the problem are being hampered by a lack of graduates with the right skills to work in cyber-defence. BT has identified cybersecurity as a huge potential growth area, with revenues from its cybersecurity division increasing at more than 10% a year.

In April, the telecoms giant announced plans to hire 900 people for its already 2,500-strong security team to cope with growing demand.

The BT-KPMG report found that while 97% of firms have suffered a cyber-attack, only a fifth of technology chiefs at those firms felt well enough equipped to deal with organised cybercrime.

The skills deficit persists despite the importance of cybersecurity to major corporations being underlined by several high-profile security breaches. Broadband and telecoms provider TalkTalk lost more than 100,000 customers and faced a bill of at