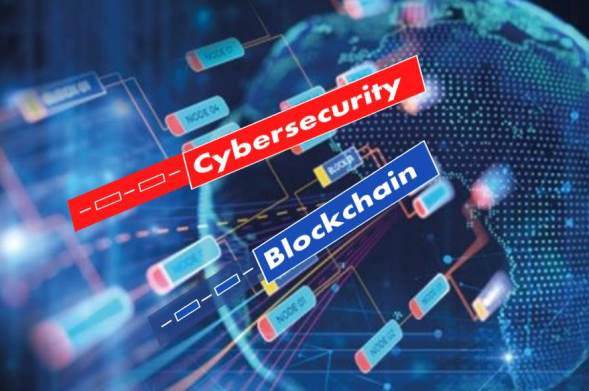 Cybersecurity is a problem. The more people that jump on the web and the more sophisticated the technology, the bigger the cybercrime industry becomes.  In fact, DDoS attacks, hacks, Malware, and data breaches cost the global economy around $450 Billion every year.

Cybersecurity professionals are caught in an exhausting game of whack-a-mole, trying to catch their breath. Yet with existing centralised infrastructure and sometimes outdated systems, no matter how robust a company’s firewall, it’s still vulnerable to attack. 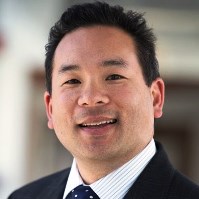 Worldpay VP and Head of Global Cyber Defense & Security Strategy, Peter Tran, says that the days of endpoint, reactive tactics are coming to an end. “Build a higher firewall?” he remarks, “The attacker will just use a longer ladder to get over or around it.”

If you’ve ever travelled to a country not big on accepting plastic, you’ll know the uncomfortable feeling of walking around with wads of cash in your pocket. If all your money is on you everywhere you go, it only takes one unfortunate incident before everything is lost for good.

To rub even more salt into the wounds, there simply aren’t enough cybersecurity professionals to go around. Unemployment in the industry is almost zero, and, with the growth of blockchain and AI technologies, a talent gap wider than the Gibraltar Strait is beginning to appear.

Professionals are scrambling to get up to speed and front the challenges of emerging tech head-on before the criminals do. But even so, by 2020, research predicts that there will be almost 2 million cybersecurity positions vacant, with companies unable to fill them.

While it may not be the silver bullet to cybersecurity’s problems, blockchain has great potential to help solve some of the many challenges the industry faces. And it’s not just potential that blockchain shows; real use cases are starting to prove their worth, with some pretty awesome projects happening right now.

When all the data is no longer housed in one place that’s open to attack, a full-scale attack becomes much harder to coordinate. Says Nick Spanos founder of the Bitcoin Centre, “In cybersecurity, having all the passwords in one central location is a good way to get your clients’ identities and passwords stolen, to where the hackers can then access everything on every site. With blockchain, the user controls their private key. By using crypto-graphic signatures, they will be able to sign transactions and messages, without being exposed to central servers.”

In fact, there are plenty of companies taking advantage of blockchain’s decentralised nature, and one at the forefront is Edge. Their ethos is simple, yet effective, empowering users to take control of their own data.

Edge believes that all information should be housed on the “edge” of a network and not stored in one centralized location. Rather like separating your travel money, saving some at the hotel, a little more in your bank, another stash in a secret place, and perhaps some with your travelling companion, Edge works in this way with your data.

Instead of having to rely on enterprise server security, the data is encrypted from your device before it gets anywhere near a server or network.

Another of blockchain’s many touted qualities is its immutability. While that aspect has been challenged on several occasions, the use of sequential hashing and cryptography still makes it a front-runner as the most secure technology we have.

Blockchain tech is very good at fraud prevention and a particular fit with organisations that handle sensitive data. Since all transactions are time-stamped and recorded in a block linked to another block, they can’t be tampered with without altering the entire chain. A feat almost impossible to achieve.

Exchanges are using this type of technology more and more in the hope of preventing attacks on them, like that of Bitfinex that lost around $60 million to cyber thieves.

According to Scott Schober, Author of Hacked Again and CEO of BVS Systems, humans are the biggest threat to cybersecurity. By “improving our cyber hygiene” and not getting lax with passwords and security, measures like 2FA can help halt hackers in their tracks.

IoT and its devices have been the root cause of many a high-profile hacking scandal. Just thinking about cases of medical equipment being hijacked and controlled by hackers and car losing control over their entire fleet of vehicles is enough to send alarm bells ringing.

IoT is still vastly insecure and it’s another area in which blockchain is proving to be useful. Household names like IBM are using blockchain with their Watson IoT platform to allow devices to transmit data to secure blockchain ledgers. Rather than floating around in cyberspace or being held in one central location waiting to be attacked, the data is stored in tamper-resistant blocks and validated with secure smart contracts.

Australian communications company, Telstra, is also employing blockchain to secure their smart home IoT ecosystems, thanks to its ability to verify data. Blockchain can detect whether the biometric authentication data is legitimate and ensure the smart home stays secure.

Not everyone is leaping for joy at the capabilities of blockchain technology, citing other existing or emerging solutions as being more appropriate. Tran, for example, remains cautious, believing blockchain needs more time to mature, or that perhaps blockchain combined with AI may be a

There is certainly no shortage of possibilities. But beyond the continued hypothetical talk and the projects awaiting funds, these blockchain-powered cybersecurity solutions are happening now. And they’re showing real promise.