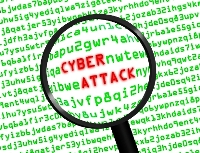 JPMorgan cyber-attack hits 76m households and 7 million small businesses.  JPMorgan Chase said the names, addresses, telephone numbers and emails of 76m households – or just under two-thirds of the total households in America – were “compromised” in a cyber-attack on the biggest US bank by assets.

The bank said in a regulatory filing on Thursday that there was “no evidence that account information for such affected customers”, such as account numbers, dates of birth and social security numbers, were accessed.  The attack is one of the biggest in terms of customers affected. However, it is less likely to put customers at financial risk than this year’s high-profile attacks at Target and Home Depot where the credit card information of tens of millions of the retailers’ customers was stolen.  People close to the investigation said the cyber attack was believed to emanate from Russia.