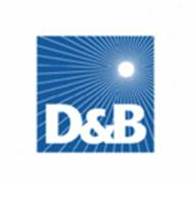 Sara Mathew, CEO of D&B informs Board of Directors of her intention to retire as Chairman and Chief Executive Officer by May 2014.

The Board has engaged Spencer Stuart, a nationally recognized executive recruiting firm, to advise on this matter and will consider both internal and external candidates for this position.

“I have had the privilege of working with a very talented team over the past 12 years to lead the transformation of D&B from a data provider to a big data, insights and analytics company,” said Mathew. “With the build of MaxCV behind us, I believe the company is well positioned to accelerate innovation and drive top-line growth. As such, this is the right time to begin planning for a change in leadership as we enter the next phase of growth at D&B. I look forward to working with the Board of Directors and my successor to ensure a seamless transition.”

“On behalf of the Board and everyone at D&B, I would like to thank Sara for her strategic vision, leadership and dedication over her 12-year career with the company,” said Chris Coughlin, Lead Director of the D&B Board of Directors. “The Board is committed to conducting a thorough search to identify the right candidate to serve as D&B’s next CEO, and we will complete the process as expeditiously as possible.”

Sara Mathew, 57, was named President and Chief Operating Officer of D&B in February 2007, and has served as a member of D&B’s Board of Directors since January 2008. She was appointed Chief Executive Officer in January 2010, and added the title of Chairman in July 2010. Ms. Mathew joined D&B in August 2001 as Chief Financial Officer, following an 18-year career with Procter & Gamble, where she served in a number of executive positions.